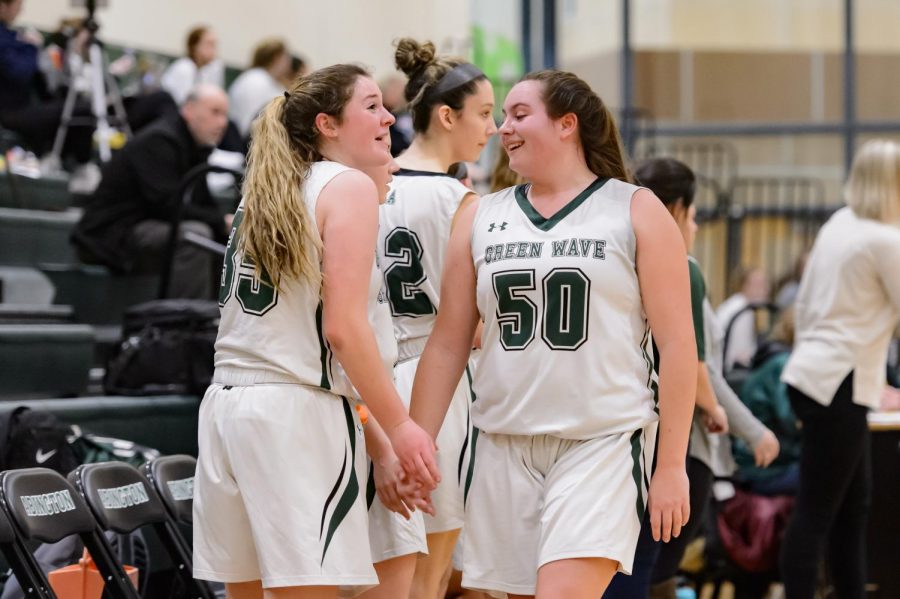 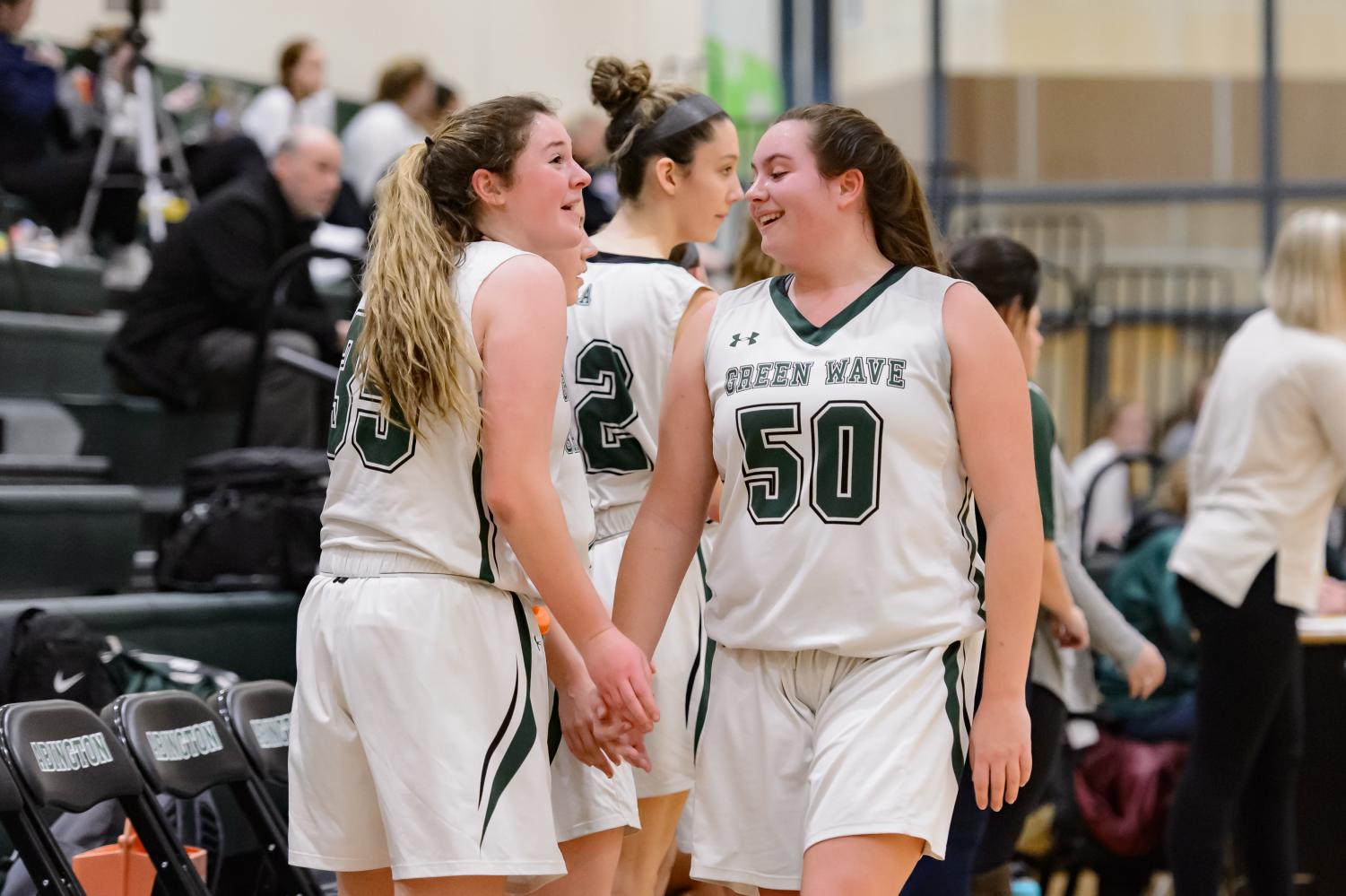 The Lady Wave continued to dominate this season with a league record of 9-6 and in the Tobin division 6-3. On Tuesday, Jan. 29, the Green Wave Girls Basketball team clinched the South Shore League (SSL) Tobin Championship with a 54-37 win over Hull in a home game that began at 6:30 PM.

Some key players in the Lady Wave’s game were senior captains Kristyanna Remillard, with 11 points, Maureen Stanton with 6 points and 11 assists, and Maddie O’Connell with 20 points and 15 rebounds. Also leading the way to victory was junior Lauren Keleher and the rest of the Green Wave girls.

When asked about the season and winning the championship, Keleher said, “We had a rough start to the season, but it feels great to know it’s been a team effort and that all our hard work has finally payed off.” 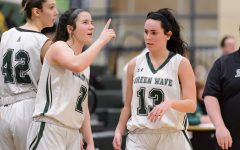 We had a rough start to the season, but it feels great to know it’s been a team effort and that all our hard work has finally payed off.”

Jessica Rix, a fan and supporter of the Lady Wave said that “as a student of Abington High School, it was a great experience being there for the 2019 Girls Varsity Basketball Team, watching them make history and saying I was there to witness it and be a part of the crowd.”

Rix added, “I wish more people had come out to support the girls because young athletes have such great talent, but most of the time it goes unappreciated by many of their classmates. Hopefully many more teams from Abington will pull through to the top in 2019.”

Another fan Jordan Needle, a student-athlete and member of the 2018 Division 3 Softball State Champions, was impressed with the Girls Basketball team. Needle said, “I thought they did really well. Everyone was hustling and they worked together as a team really well. Especially Moe [Stanton] who was diving all over the floor.”

With last night’s victory over Hull, the Abington Girls Basketball team earned a banner to hang in the rafters of the Abington High School gymnasium that will stay there for years to come. 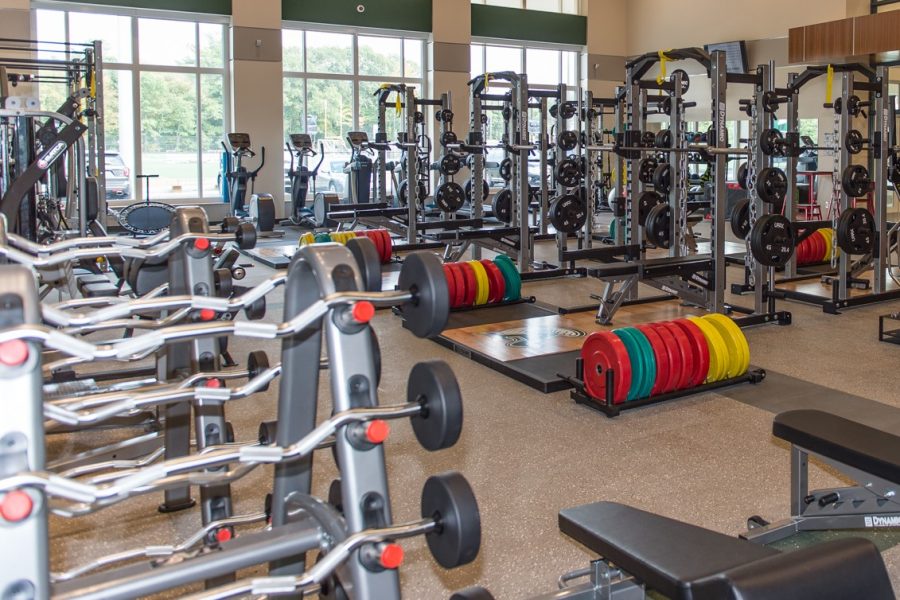 Gallery|23 Photos
Bill Marquardt, with permission
Many of Abington's student-athletes have frequented the state of the art weight room, part of the town's $96.5 million school project completed in 2017.

A Win for Nineteen Abington Athletes

Nineteen student-athletes from Abington High School  were nominated as South Shore League (SSL) All Stars for the fall season. Athletic Director Pete Serino explains that “each athlete is nominated based on their individual performances standing out amongst their peers.” The athletes are nominated and voted on by coaches throughout the League, although the selection process may vary throughout each sport.

Some characteristics that coaches look for are in an All-Star athlete are a good attitude, effort, respectfulness, and skills on the field.

When asked what separates Abington teams apart from other teams, Serino responded by explaining that it is our athletes’ “commitment and dedication to not just winning, but the process of improving and doing so in a respectful manner.”

He added that our student athletes “understand that success is not just handed to them, and it requires dedication and sacrifice for them to achieve their goals.  The SSL All Stars exemplify that spirit and dedication.”

Over a dozen Abington High School student-athletes were acknowledged as All Stars: 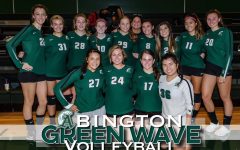 Our game staff, fans and facilities staff help to create a welcoming and fun environment, all of which contribute.”

Additionally, Abington’s volleyball coach Judy Hamilton was nominated as a SSL Volleyball Coach of the year. Serino says that “Judy Hamilton was selected as the Coach of the Year by her fellow coaches in the SSL.  As a second year program, the team continued to grow and improve on the court under her leadership.” This was Coach Hamilton’s first year as a varsity coach for Abington volleyball, making this an impressive accomplishment!

Finally, the Girls Soccer Team, Boy’s Soccer Team, Football Team, and Volleyball Team all earned the SSL Sportsmanship Award. The teams earned the award by consistently being polite and respectful on and off the field. Serino added that “our game staff, fans and facilities staff help to create a welcoming and fun environment, all of which contribute.”

Congratulations to our SSL All-Star athletes, SSL Sportsmanship teams, and our SSL coach on the success of the past fall season. 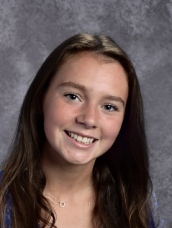 Emily is a member of the class of 2021. This is her second year as a staff writer on the Green Wave Gazette. She participates in the sports of soccer and... 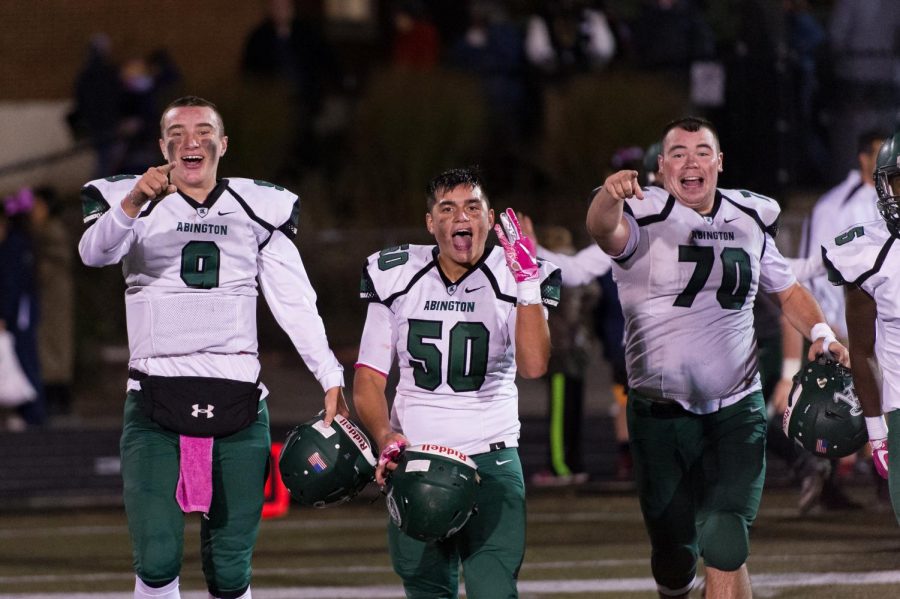 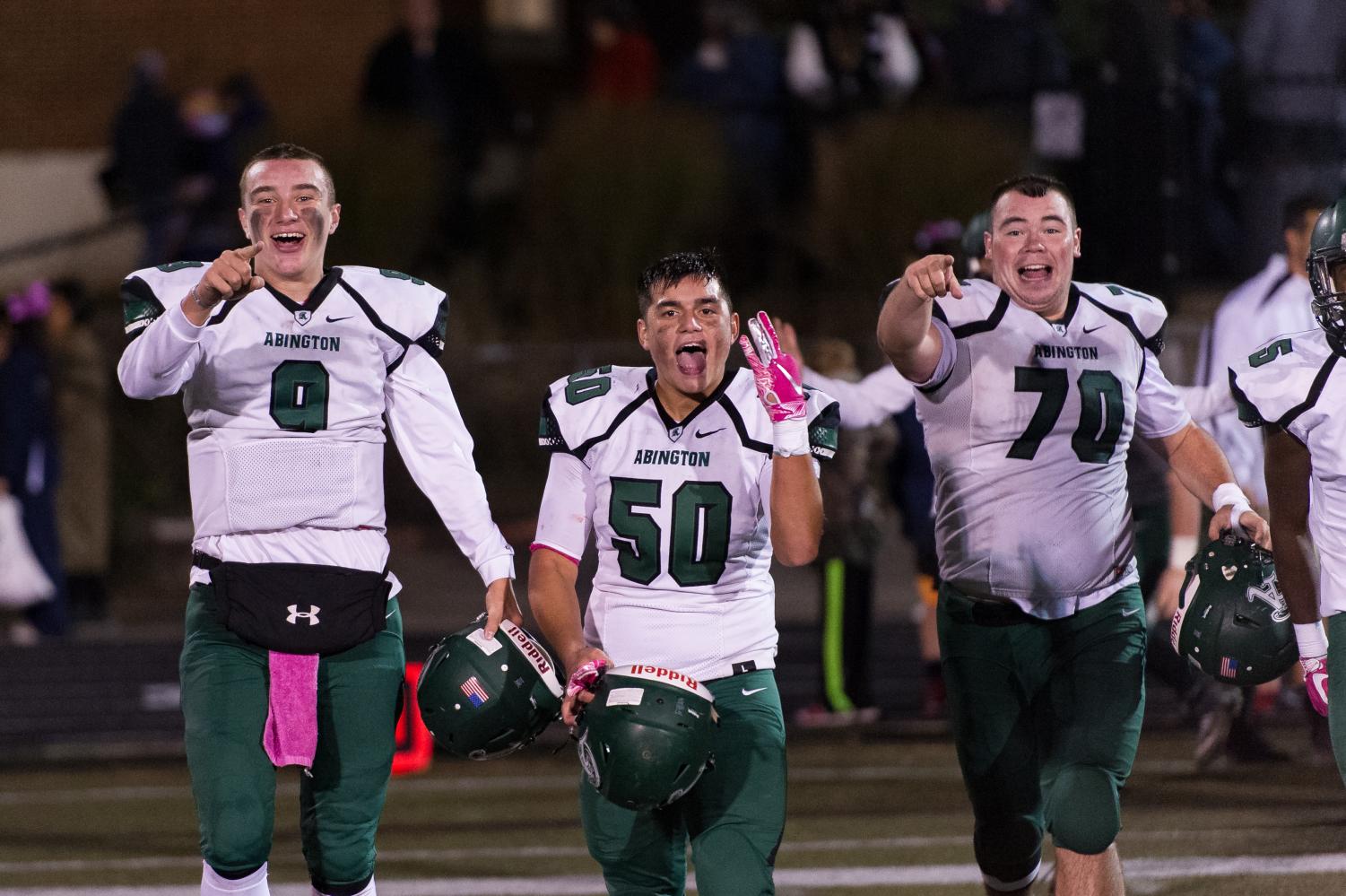 With a record of 6-1 Abington squeezed themselves into the No. 2 overall seed in the South Shore League behind the Mashpee Falcons.

Abington is a favorite to win it all after a decisive 26-14 SSL Classic victory on Oct. 19 over the No. 5 seed Cohasset, which sealed the deal for Abington.

This wasn’t the only perfection on their resume. There was also the 26-8 road win to Rockland in which the Green Wave quarterback Christian Labossier (’19) had his best game. Asked what he is looking forward to now, Labossier exclaimed, “I want Mashpee!”

I expect nothing less than a State Championship.”

The Green Wave quarterback said, “I expect nothing less than a State Championship. I believe in my teammates the same as they believe in me. We go deep. Everyone from starters to the water boy can play ball. We have a bond that can’t be broken.”

Not only did last Friday night begin Abington’s playoff run, but it was also an emotional game as it was Senior Night. Captain Michael Broomstein (‘19) says he was “glad to be able to secure a home playoff game and make it our senior night. It makes it mean so much more now.”

Coach Riley added that, “senior night is always a great night to celebrate the four years of commitment and growth that the seniors put into the program. It is really a surreal moment watching the seniors walk out to the 50 yard line with their parents or loved ones. As I always think back to the first time I met each one of them as young freshman to now seeing them turn into mature young men ready to take their next step in life. It is a happy moment but sad moment at the same time, knowing they won’t be around as much next year.”

All the film, practice, and hits prepare players for a Friday night under the lights. And now this Green Wave team has their eye on the prize and wants to bring home the State Championship to this town again.

Abington will face Nantucket next week in the D7 South semifinals at home. Date and time TBD.