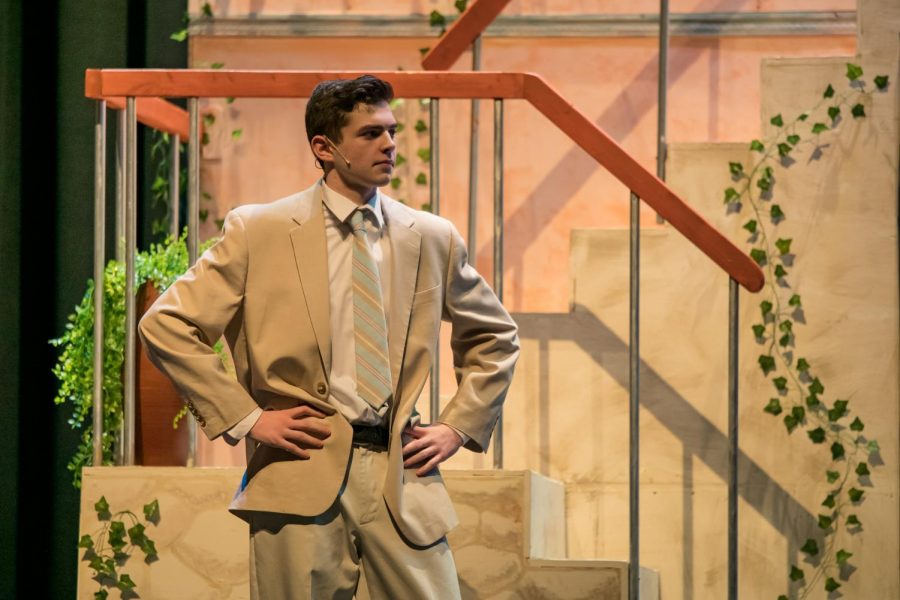 Brendan Remillard, Abington High School Class of 2021, in the March of 2020 dress rehearsal of Mamma Mia, which was cancelled on opening night due to the Covid-19 pandemic.

Abington senior to perform in the musical "Working"

“Working the musical” is based on Studs Terkel’s best-selling book of interviews with American workers.  The musical was originally produced in 1977, but in 2007 -2008 it was revised. Some new songs were put in, such as, “A Very Good Day” and “Delivery” written by the creator and song writer of the famous show “Hamilton” and “In the Heights,” Lin Manuel Miranda.

Senior Brendan Remillard will be playing the roles of Mike and Tom in “Working.”

This is his third year in the Drama club. He has performed in “ Grease,”  “Almost Maine,” and last years cancelled show, “Mamma Mia” in which he played Sam Carmichael.

Remillard said, “My favorite thing about performing is stepping on that stage and feeling the heat of the lights and hearing audience applaud.”

When asked about how he felt about the shutdown of last year’s show, Remillard said, “Although it was horrible, I still feel as it was a huge learning curve for all of us.”

Despite the loss of last year’s show, Remillard offers words of encouragement: “Some advice I would give to someone who wants to start theater, do it! Nobody is going to think anything less of you because theater is hard, not everyone can do it. It takes talent. Step out of the box and try new things.”