Struggling to live with an eating disorder 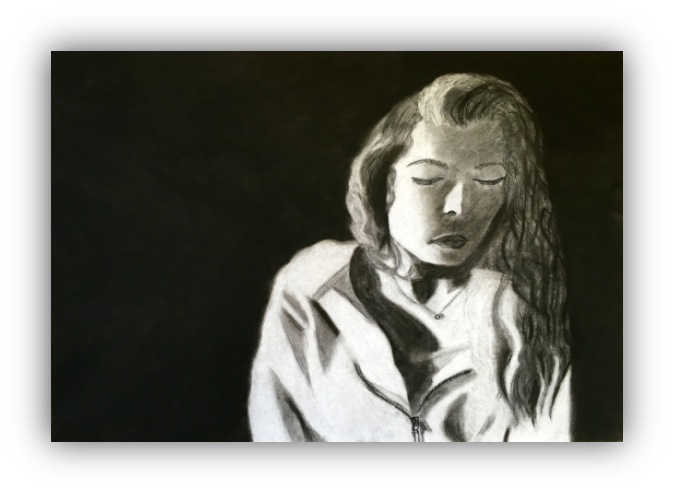 According to some estimates about 10 percent of people living in the United States will suffer from a serious eating disorder at some point in their lives. Eating disorders are no small matter. There are no quick fixes and there is a constant battle for control. I know this because I have been receiving help for anorexia nervosa since June of 2015.

People with anorexia starve themselves to be thin. People with bulimia purge or force themselves to throw up. Another common eating disorder is binge eating, where people eat large amounts of food in a short period of time, followed immediately by guilt and often partnered with bulimia. A lot of people push another’s eating disorder aside and simply say, “Just start eating!” The problem is, it is not that simple.

An eating disorder distorts the way a person sees themselves. They compare themselves to others, and almost always lose. According to psychiatrist Dr. Kim Dennis (in an interview with the Huffington Post – Feb 2015), “(Eating disorders affect) the thinking parts of our brain that we use to make rational decisions. Those parts of the brain shrink and degenerate during an active eating disorder,” said Dennis.

They begin to distort their self-perception, noticing flaws that aren’t really there. They begin to panic, questioning what they could possibly do to change the horrid reflection they are forced to face every day. The person may start by simply skipping a few meals for a week, but it escalates over time.

I know from experience. I began by eating a good breakfast and dinner but no lunch. Then I began to increase it, eating tiny breakfasts, no lunch and a decent dinner, but eventually I was eating no breakfast if I could help it, no lunch and a tiny dinner. I kept a calorie count of less than 500 calories a day. The average recommended caloric intake for a 14-year-old girl is 2000. I began to exercise as well, until I went to sleep by getting in bed and passing out (not figuratively). My heart was bad. I was tachycardic, which means my heart had to work harder than an average person’s for simple tasks such as standing up. I could not stand for long periods of time, and my balance suffered as well, making me unnaturally clumsy.

There are about 2 million people out there like me just in the U.S. If a person with anorexia does not get help, they are only expected to live for 10 to 20 years after they develop the eating disorder.

A person with bulimia has a more unpredictable life expectancy and can die in more painful ways. One example is after repeated purging, the esophagus can burst, sending a person into shock and causing a slow painful death.

Bringing these memories back has my hands shaking and my head spinning, because I can never take back what I did to myself, yet I am lucky. Some people do not have the luxury of regret because they are no longer here. If you, a friend, or a loved one, are being chained by an eating disorder, get help. They may not appreciate it at first, but they will be alive, and they will learn to accept themselves. It may take time, but nothing is more important than saving one more victim from the real life horror movie of an eating disorder. Help destroy their ghosts of resentment.

If needed, the national eating disorder helpline is, 1-800-931-2237. And, National Eating Disorder Awareness Week is February 22-28. Consider wearing purple for support and remember the often repeated advice that we sometimes forget, “You are good enough, strong enough and pretty enough. You are enough.”

Note – Information for this article was gathered from author’s personal experience and knowledge, and the National Eating Disorder Association. Please visit www.nationaleatingdisorders.org