Teens and Smoking: A Bad Combo

Why do some still do it? 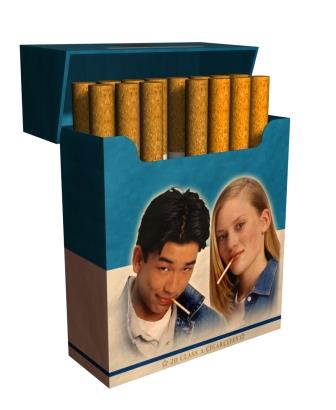 We’ve all been taught that drugs have horrible effects on people; especially teenagers because their brains aren’t fully developed, so why do some teenagers choose to smoke? According to Alberta Health Services, teenagers begin to smoke “to cope with stress, to control their weight, as a social habit and to combat boredom.” Peer pressure from family and friends is another main reason why teens smoke, but it’s not worth trying because of the effects that go along with it. One student (who chose to remain anonymous) shares their experience. “One of my cousins made me try one when I was about 13-years-old, and I just got hooked,” said the student.

According to the World Health Organization, young smokers can develop lung cancer, heart disease, and a quick addiction to nicotine. And, according to kidshealth.org, nicotine is an addictive substance which can cause heart disease, stomach ulcers and blood clots, and can raise a person’s heart rate and blood pressure, limiting their ability to do certain tasks.

Smoking can also hurts teenagers’ endurance because of the damage inflicted on the lungs, which can create problems with their everyday lives. Laurel Blanchard, an athlete and singer at Abington High School, thinks that her life would change drastically if she started smoking. “I wouldn’t be able to do any of my everyday activities because of the loss of lung capacity, and I would be kicked off of my teams immediately,” said Blanchard (Class of 2018).

Most people don’t think that “vaping” is as dangerous as smoking regular cigarettes, but it is still dangerous. According to Kidshealth.org, e-cigarettes have cancer causing chemicals and flavoring added to them. Although there is no tar, vaping is still detrimental because of its toxic amount of nicotine.

So, it doesn’t matter if your cigarette needs a battery or a lighter; smoking continues to threaten smokers and those around them with a variety of ill health effects that could seriously disrupt the course of one’s life, particularly if you are a teenager.