Hazen Has Passion For Baseball 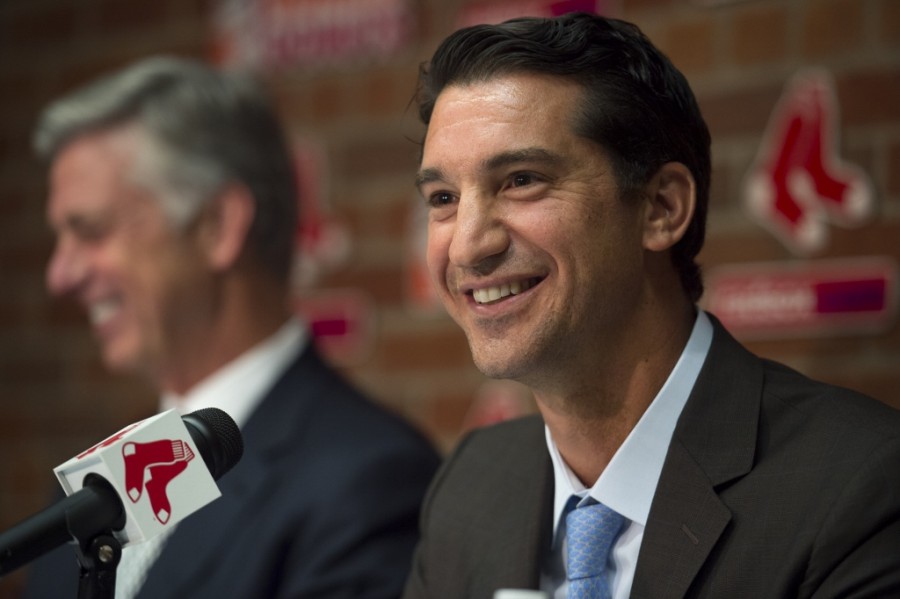 The Red Sox revamped their front office prior to the end of their disappointing  2015 season by first hiring Dave Dombrowski as president of baseball operations and then Mike Hazen as senior vice president and general manager. Dombrowski has six playoff appearances and one World Series title under his belt, having worked previously for the Montreal Expos, Florida Marlins and Detroit Tigers. Hazen has been with the Red Sox since 2006, serving first as director of player development and then assistant general manager before his promotion on September 24.

For fans of the Green Wave, Hazen’s promotion was by far the bigger story. The Abington native and AHS Class of 1994 graduate was a three sport athlete (soccer, basketball and baseball) for the Green Wave, and he also served on the National Honor Society (as president) and Student Council. After graduation he attended Princeton University, and played minor league baseball with the San Diego Padres organization before beginning his front office major league baseball career with the Cleveland Indians as an intern.

Despite all the work he has on his plate with the Red Sox, Hazen made time to answer a few questions for the Green Wave Gazette. We wanted to know a little bit about how his time in Abington might have put him on the path to career success.

How valuable was your time at AHS in helping your prepare for the future?
Abington High School provided a great environment to learn and grow and prepared me for my next steps going to college and beyond.

When you were at AHS, did you know that you wanted a career in baseball, or did you have another goal in mind?
I did not have a career goal in mind when I graduated high school. My only focus was moving on to college and taking the next steps in my academic career. My thoughts on my career did not come until later, after college.

What advice would you have for someone who wants to work in the field of baseball, but not as a major league player?
Have a passion for the game and watch baseball at all levels. There are many avenues into baseball but, you cannot thrive in the game without a passion for it.