Spider-Man swings into theaters once more. 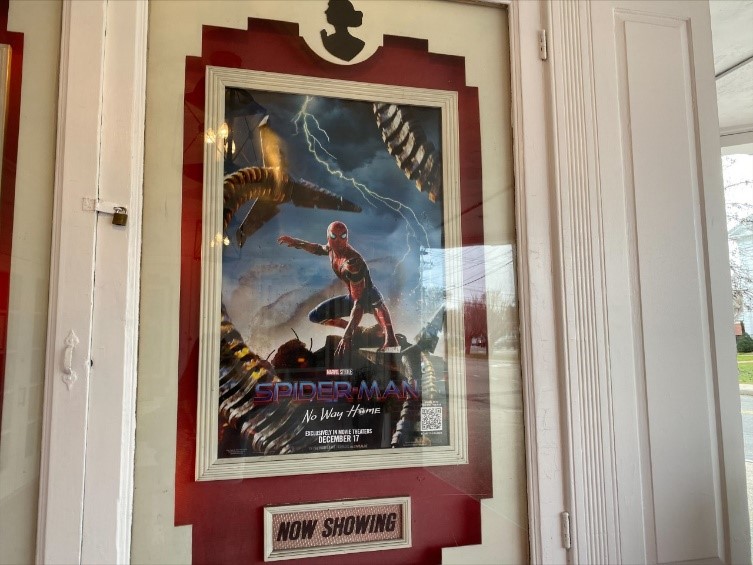 A movie poster for "Spiderman: No Way Home", the newest installment in the Marvel Cinematic Universe.

One of the most anticipated movies of the year is finally out in theaters and, as a Marvel fan, I had to go see it. Spider-Man: No Way Home was released on December 17th and is the newest addition to the Marvel Cinematic Universe.

The film stars Tom Holland (Spider-Man/ Peter Parker), Zendaya (MJ), Benedict Cumberbatch (Dr. Strange), Jacob Batalon (Ned), Jamie Foxx (Electro), and a few other surprising faces that fans might recognize. Fans have been anxiously awaiting this new film ever since Holland’s last Spider-Man movie which came out in the summer of 2019

With a 94% Rotten Tomatoes score, fans and critics might just agree that No Way Home is the best Marvel movie to date. My expectations were, undoubtedly, set high for the movie.

At the end of Spider-Man: Far from Home, Mysterio (Jake Gyllenhaal) revealed Spider-Man’s true identity as Peter Parker. This causes a big problem for Peter in No Way Home when the press starts surrounding him and people begin to randomly start showing up at his apartment. The revelation of Peter’s true identity also causes problems his friends MJ and Ned, as they are all rejected from their dream school, MIT, for being friends with Spider-Man, and, in Peter’s case, for being Spider-Man.

Peter wants to fix these problems and get his friends another chance so he goes to Dr. Steven Strange and asks him if there is any way he can alter time to make it so that his identity was never revealed. Dr. Strange tells Peter he can’t go back in time to change it, but he can erase it from everyone’s memories. When he’s casting the spell, Peter lists off so many people he doesn’t want to forget him that Dr. Strange has difficulty controlling the spell.

Thinking the spell didn’t work, Peter goes to find one of the admissions officers from MIT to convince her to give his friends another chance. However, a villain appears, a villain from another universe who knows a different Peter Parker who is also Spider-Man.

The movie was everything I was hoping it would be and more! Overall, it was an amazing movie, with stunning graphics, great characters, and a good plot. I would give it 5/5 stars and recommend going to see it.

Spider-Man: No Way Home is rated PG-13 and is only available to view in theaters.