The players and fans stay ready 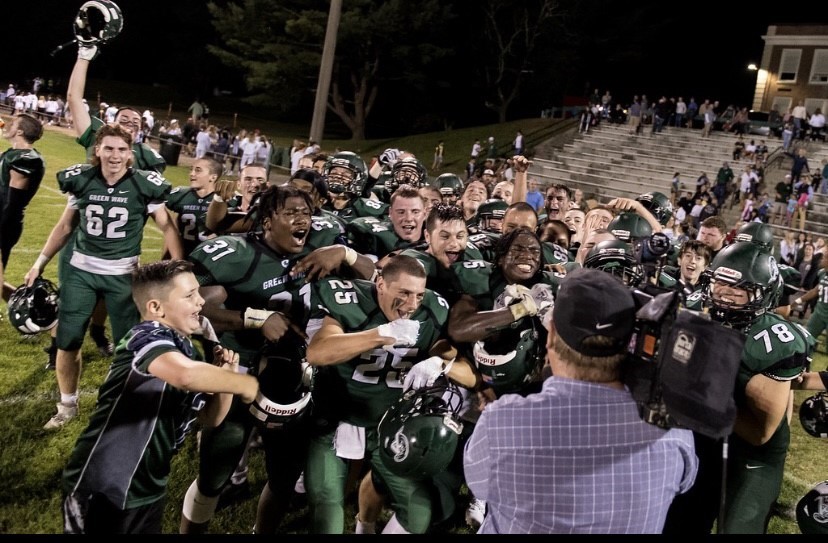 Fox 25 records the team huddle at the end of the game celebrating.

Last week’s Friday night under the lights game was game of the week! Our Abington High School football team, the Green Wave played against North Quincy’s Red Raiders. This was predicted to be a great game and it definitely was that. Fox 25 was there recording it all. The score at half time was 27-14 with Abington leading. Drew Donavan had two touchdowns and two interceptions contributing to the team’s win. His second interception being essential to clinching the win, when he stole the ball on the 2-yard line with just 20 seconds left. This play sealed the game for the Green Wave. Mason Kilmain came through with a great touchdown as well. Eddie Reilly had a dime of a pass into the end zone to receiver Tommy Fanara. The final score of the game was 27-21, Abington. With that, the Green Wave moves onto an overall record of 3-0 for the season.