Mr. Bourn listens to the students 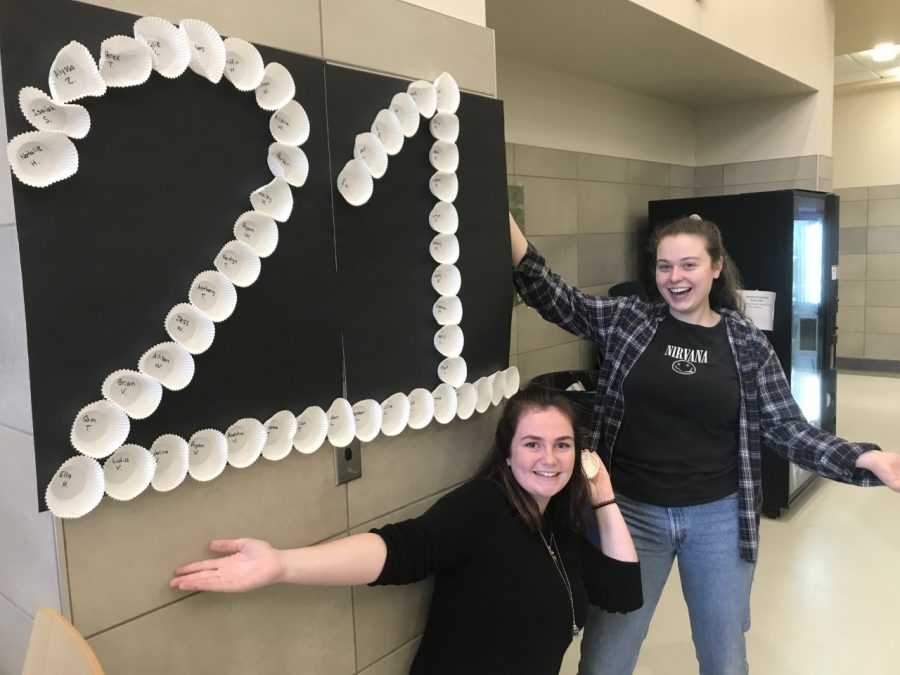 Maura Odell (left) and Rachel Barrett, as juniors at Abington High School, decorating the cafeteria in preparation of the 2019 Pep Rally

As the year was coming to an end, the students in the Class of 2021 at Abington High School felt that they were missing out on certain benefits that seniors prior to them had enjoyed.

The students recalled to just a few years back when seniors had access to privileges like being able to come in late when having a first period study and being able to leave early when ending with a study.

This spark in the want for senior privileges most likely stemmed from the recent merging of both cohorts. When this happened students could not help but notice the lack of “good” parking spots and the delayed time to get out of the school and down the boulevard.

All the chatter and complaints about being seniors not having any rights sparked a discussion in one of Ms. Patricia Pflaumer’s senior English classes. The seniors expressed their feelings on the matter and came up with some ideas of their own for some senior privileges.

These ideas included senior only parking spots, special senior only bridge block activities and being able to leave early or come in late with studies.

After the discussion concluded, Pflaumer proposed the idea to her students of sharing what they had conversed about in class discussion as a way to self-advocate. The seniors jumped at the chance. On their behalf, Pflaumer sent an email to Abington High School’s principal Mr. Jonathan Bourn.

Bourn took the time to come and sit down with the seniors.

After talking through their ideas with the class, he later called a meeting for all the seniors. The meeting was held all thanks to Mr. Matthew Cutter, Class of 2021 Advisor, and the Class Officers.

Cutter said “We are fortunate enough to have an administrator like Mr. Bourn who is willing to seriously listen to students and work with us to achieve our goals. That meeting was just a result of working closely with him for a year now, and speaks to the importance of developing relationships with those you work and go to school with.”

On May 2 during Bridge Block, Cutter and the Class Officers Rachel Barrett (president), Isabella O’Connell, Carly Mentis, Gracie O’Connell and Brendan Remillard, along with the rest of the seniors, met for a full discussion on what privileges and activities they were being given.

Bourn talked about what the students in Pflaumer’s class had asked for and explained why some of those would be too difficult to pull off before the year’s end. But he also told them what he could do.

Barrett stated “Overall Mr. Bourn was very open to all of the ideas we had for senior privileges, but logistically it was very difficult for him to make everything we wanted a reality. He has been great working with us all year and I’m happy that we were able to get the dismissal time moved to 10 minutes earlier.”

Bourn ended the meeting with a bang by stating that starting that Monday, the seniors would be leaving at 1:40 in the afternoon, ten minutes before everyone else. This was a good compromise because it allowed seniors not to have to deal with the traffic in the Boulevard.