The Weight of Gender in Eating Disorders 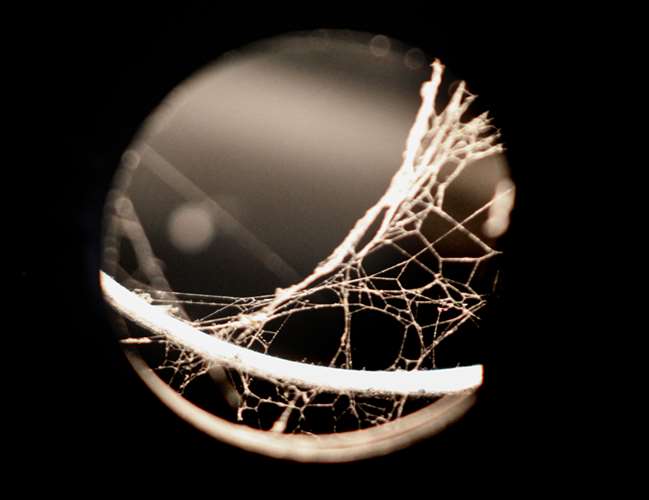 "Caught in a Web" symbolizes what, for many, it feels like to have an eating disorder.

As a mental illness, an eating disorder does not discriminate. They can affect anyone of any body. Yet, in television shows, therapy booklets, even some health curriculums, eating disorders are presented as inherently gendered.

Males, especially adolescent boys, are significantly less likely to be diagnosed or receive treatment for an eating disorder. Eating disorders are shown as predominantly affecting underweight white teenage girls, despite one in every three people with eating disorders being male.

An eating disorder is diagnosis for irregular eating habits, often tied to a feeling of control, emotional relief, and/or body image. It is a mental illness, despite how it affects the person’s physical body, because of how it rewires the relationship to food. This illness can be caused by mental, environmental, and social influences. A major push behind them is conventional beauty standards.

Despite the type, all eating disorders are challenging for the person affected.

In some instances, multiple eating disorders can co-exist together. Often times, it takes years before they are diagnosed and treated. Even those who fit the stereotypical teenage girl demographic can struggle with receiving a diagnosis. For those who fall outside of that and deal with even more external and internal stigma, it is even harder.

Body dysmorphia is the obsession with a person’s body, fixating on real or imagined flaws, that causes the person distress. Eating disorders, particularly anorexia and bulimia, are fueled by body dysmorphia. This is generally depicted as a “girl’s issue,” tied to size zero bikinis and juice cleanses. However, another form of dymorphia has been coined in recent years.

Think of a classic fairy tale, with a skinny princess and a strong man who fall in love and have a happy ending. Children grow up being taught that these are the ideal bodies to have, that happiness comes from physical appearance. Often times, this sparks body dysmorphia.

Muscle dysphmorphia is categorized by a desire to build more muscle, often seen in excessive hours at the gym, steroid use, and altered/restricted eating patterns. While muscle dysmorphia can affect anyone, it is more commonly found in boys and men. Since dysmorphia is one of the main factors in eating disorder development, males with muscle dymorphia tend to be linked to eating disorders.

Despite men making up 15% of (known) cases of eating disorders, they are significantly more likely to not receive treatment. This is due largely to social stigma. Eating disorders, and mental illnesses in general, are often seen as things that should be kept private. So the rare discussion of eating disorders often centers around girls and weight loss, meaning that everyone else is left out.

Eating disorder demographics can overlap. Studies show reports of gay men being twelve times more likely to purge than straight men. Transgender male students experience disordered eating at four times the rate of classmates. BlPOC (Black, Indigenous, and people of color) are half as likely to be diagnosed or receive treatment than white peers, and Black people are less likely to be diagnosed with anorexia than white people (but may experience the condition for longer).

This external bias is painfully obvious in the medical field. Many eating disorder recovery centers or informational discussions are centered around females who struggle with eating disorders.

Eating disorders in males is getting some attention, however, The DSM-5 (the diagnostic used in mental health) only recently removed amenorrhea (the loss of menstruation) from the criteria of anorexia. This was in order for males to finally be able to meet criteria and receive a diagnosis.

Eating disorders are not a death sentence. They are the flag that lets people identify symptoms before it is too late. There are a number of those who have gotten better and manage to completely recover or stay in recovery successfully.

Information and help is accessible to those who need it.