From Learning to Teaching

Once an AHS student, now an AHS teacher 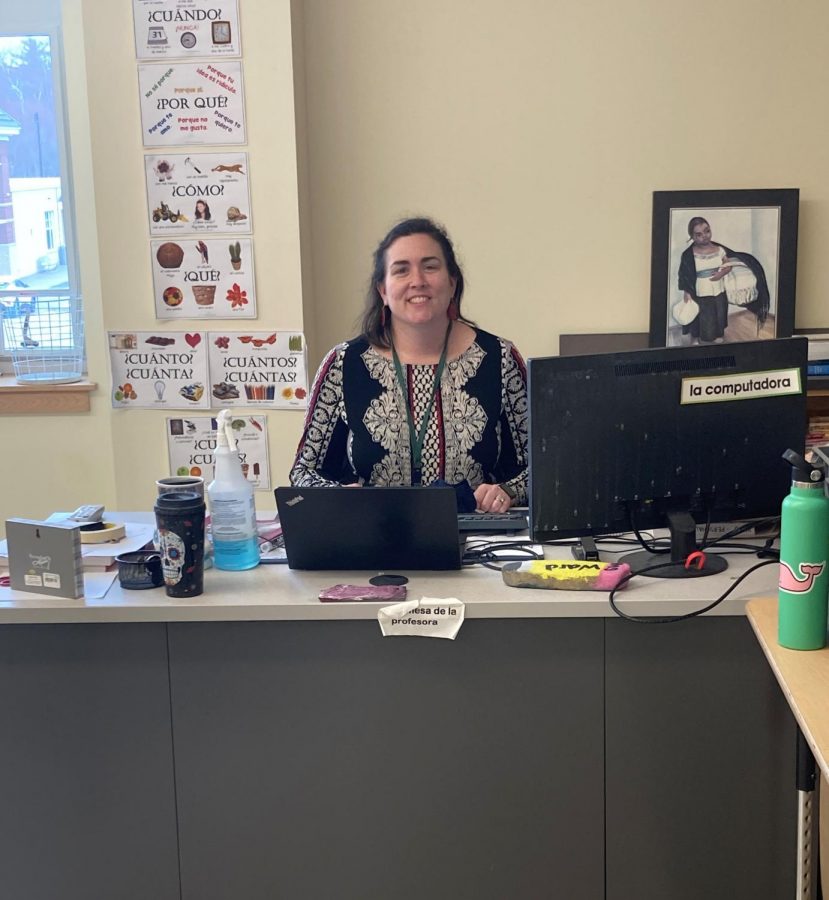 Mrs. Kathleen (McLaughlin) Ward, a Foreign Language teacher at Abington High School, as seen in her room 2206 on April 12, 2021. Ward is also an alumna of Abington High.

Mrs. Kathleen (McLaughlin) Ward is a Foreign Language teacher at Abington High School.  Ward grew up in Abington. She was a student at Abington High. She even met her husband here.

Before she became a teacher at the High School, Ward was a speech-language pathologist in a public school for five years.

In that role she helped children with handling language in social situations and making sentences, just to name a couple areas of focus.

When asked why Abington, Ward said, “I love the community and town, the sense of sprit. It’s a kind, caring, and generous place, and I’m happy to be back as teacher.”

When asked what it felt like to return to her old school, Ward said, “It was sad to see the old building go, because there were many good memories in the building from my student and teacher years.”

When Ward was a student, she was greatly involved around school. She was the captain of Cross Country and Track. She was president of National Honor Society, and participated in the International club and Concert Band.

After returning to Abington High as a teacher, Ward was the assistant Track coach for one year and ran a short-lived Craft club.

When asked what advice she would give her younger self, Ward said, “Don’t sweat the small stuff. I spent way too much time worrying about things that I did not have to be worried about.”