Awareness vs. Acceptance: Why Autism Speaks Does Not Speak For The Autistic Community 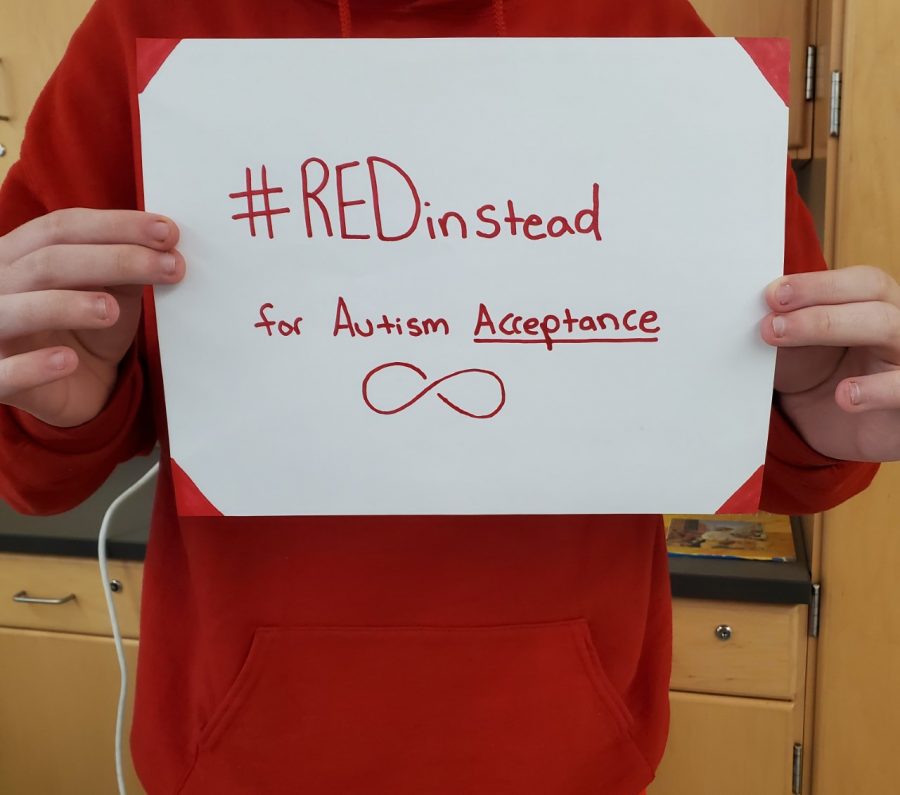 April 2 is traditionally the day many wear blue in support of Autism Awareness. This year, consider wearing red instead for Autism Acceptance.

Every year across the world, there is a celebration on April 2 called “Light It Up Blue Day.” The campaign was established by the largest autism-based nonprofit organization Autism Speaks in 2007 to spread awareness for those in the autism community.

To their credit, Autism Speaks was one of the first major nonprofits to make progress in creating national dialogue regarding the awareness and advocacy of those on the spectrum.

However, their message from the beginning has been incredibly misdirected, as they have promoted their fear mongering of autism, treating it as a curable disease rather than promoting the advocacy for acceptance and better representation in society for autistic people.

Their greatest example of fear mongering was the release of the 2009 short film entitled “I Am Autism” which made its debut at the World Focus on Autism event. The film was so horrifying in its depiction of autism and autistic people in general that on the IMDb page for this film, the description reads that it “demonizes Autism.”

As a person who is a part of the autistic community, I remember watching this documentary when I was about seven years old and it terrified me. I knew then that I was on the spectrum, but the documentary made me afraid that my autism would make me ostracized from my friends and classmates or treated differently from the outside world. I internalized their message of fearmongering for years after that.

Autism Speaks does not speak on behalf of the people they claim to speak for. Instead they have given a stigma in our society around autism.

Autism Speaks treated, and continues to treat, autism as if it is a disorder or a hardship, when according to the CDC autism is defined as a “developmental disability that can cause significant social, communication and behavioral challenges.”

When Autism Speaks was founded in 2005 it had a mission statement of “…funding global biomedical research into the causes, prevention, treatments and a possible cure for autism. We strive to raise public awareness about autism and its effects on individuals, families and society: and we work to bring hope to all who deal with the hardships of this disorder.”

In 2016, Autism Speaks changed their mission statement to the one they have today: “Autism Speaks is dedicated to promoting solutions, across the spectrum and throughout the life span, for the needs of individuals with autism and their families. We do this through advocacy and support; increasing understanding and acceptance of people with autism; and advancing research into causes and better interventions for autism spectrum disorder and related conditions.”

With an organization with a flawed and misguided history, it is easy to understand why so many autistic people have protested their influence in our society and culture, the biggest being the protest to Light It Up Blue Day.

Light It Up Blue Day, officially recognized as Autism Awareness Day, is like Autism Speaks themselves; founded on great intentions to spread an amazing message, but because of its misguidedness, it has become problematic in our society today.

The message is to spread autism awareness, which is great. However, the problem is that’s all it is; it spreads awareness about autism and nothing else. It does not advocate for acceptance of autistic people in our society. It is not a campaign to support better representation of autism in politics, society, businesses, popular culture, etc. It’s simply an annual reminder that autism exists and that is it. It’s a lazy message, plain and simple.

Being on the spectrum myself, I have always viewed this day as just a PR stunt for Autism Speaks. They don’t truly care about those with autism; if they did, they would spread a message of acceptance, validation, representation, and advocacy, not just awareness. They care about funding their bottom line and those at the top, not for autistic people nor their families who may need their support.

So, what can you do to help? Well, the answer is a lot. There are many organizations and foundations that center around self-advocacy, better representation in society, acceptance in society, programs, and activities for those with autism and their families that people can donate to.

The best examples of organizations that promote not just awareness to autism but also help to erase the stigma around autism and create acceptance for those with autism that people can donate to include, but are not limited to, the Autistic Self Advocacy Network, the Autistic Women and Non-Binary Network, the Doug Flutie Junior Foundation, the Asperger/Autism Network, the Miracle Project, the National Autism Society, and so many more organizations, charities, and foundations that do so much for the autistic community than Autism Speaks ever will.

Not interested in donating? That’s ok, too. Post on social media and be an advocator for acceptance and representation of autism and autistic people. Even something as small as wearing red instead and supporting the hashtag of the same name can make the biggest difference to the millions of people out there with autism like me.

This April 2, when the world lights it up blue in support of Autism Speaks, wear your red to show your support for the autistic community.