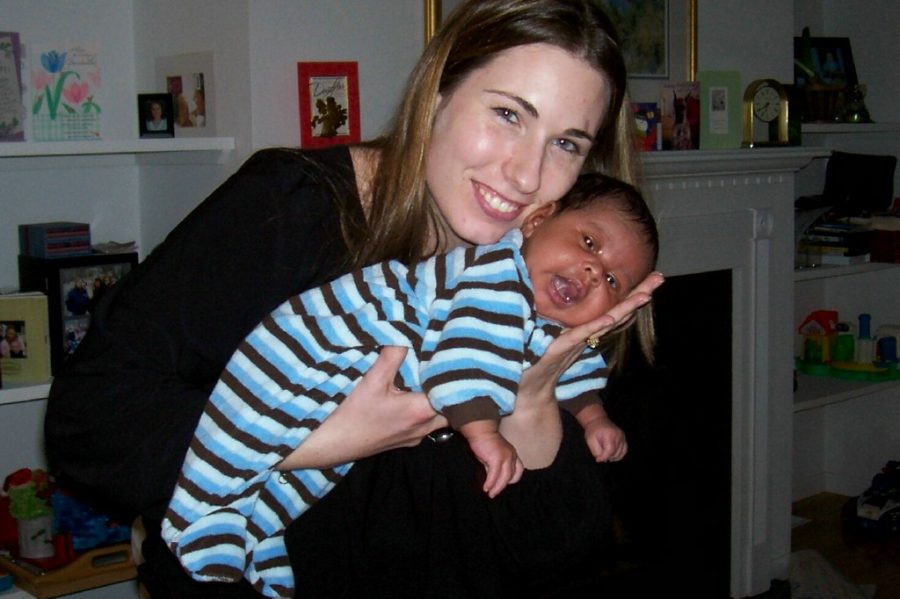 Personal photo of Vicki Graham and used with permission

As protests and activism spread on social media and in communities, the awareness of white privilege is growing. So what is white privilege, and how is it harmful?

Put simply, white privilege is not saying someone’s life is without problems, but rather the problems are unaffected by a person’s skin color.

On June 12, Ms. Vicki Graham, who works at and has children in the Abington Public Schools System, wrote “I Know the Value of a Black Life.” In it, she said: “To me, white privilege also means being able to go about your day without ever giving a thought to your race or skin color. White privilege means you get the benefit of the doubt in situations where people of color do not.”

Graham, who with her husband has six kids, five of whom were adopted and three of whom are bi/multiracial, said, “Before I had children, I thought it [white privilege] meant that all white people have an advantage over all Black people. In trying to simplify it, I missed the point entirely. But with my Black son, it was in my face. Literally, and sometimes even directed at me. I lost a little of my white privilege when I was with him. That’s how I realized I had it in the first place.”

Graham said her children are often treated differently. “The one that looks ‘Black’ never gets the benefit of the doubt. The others do. It may sound ridiculous or like I’m making unfair generalizations. At first, even I had my doubts. But when you see how often it happens, there’s too many incidents over time for all of them to be coincidence or misunderstandings,” Graham added.

And there is support for what Graham stated. An article titled “Are Emily and Greg More Employable Than Lakisha and Jamal? A Field Experiment on Labor Market Discrimination” states that job candidates with “white sounding” names like Emily or Greg were hired significantly more than those with names like Lakisha and Jamal.

The American system (systemic racism) discriminates against people of color, while white people are actively benefiting from it.

Another example of white privilege is how parents of white children are exempt from having “the talk” with their kids. Graham said that the talk is an “extra set of rules we need to teach our Black/multi-racial children in order to keep them safe. It’s not actually one talk, it’s more like a childhood of warnings. Or a guide to making other people feel comfortable around their Blackness.”

The talk begins early if the Black child is male, said Graham. “Most moms of Black boys don’t have the luxury of avoiding ‘the talk’ until their sons are teenagers. Well, not if they want their sons to come home every day. I know I’m lucky. But now I have to teach him [her son] the twenty things a Black man needs to remember in order to interact with white people without scaring them. Thirty if it’s dark out.”

These things Graham referred to can include reminding a child to not raise their voice, staying calm, making sure not to argue with authority figures, keeping their hands out of their pockets, and keeping their hood down, just to name a few. To ensure a Black child is not perceived as a threat, these rules are crucial. And parents like Graham have to start teaching it to their kids far too early.

When Graham reflected on adopting her second child, it seemed white privilege played a role in the foster system as well: “During our approval process, our no-nonsense social worker explained how long pre-adoptive families usually wait to be placed with a child. She said something along the lines of ‘If you want a white baby girl, you could wait years. A little less for a white baby boy. But, if you’re willing to take a child of a different ethnicity, then the wait would be much shorter.’ It seems even white foster kids have a leg up from the start, not that I saw it that way at the time.”

White privilege grants some people the option of not caring, an option people of color will never get.

Systems are not always fair, nor built to put everyone on equal footing. The important thing is to utilize one’s white privilege and no longer be compliant to injustice. Graham summarized it this way, “The most important thing I have ever learned is this: nothing will change if white people keep walking away from difficult conversations.”

Here are some suggestions to read more on the topic:

Why Are All the Black Kids Sitting Together in the Cafeteria? by Beverly Daniel Tatum, Ph.D.
White Fragility: Why It’s So Hard for White People to Talk About Racism by Robin DiAngelo
How to Be an Antiracist by Ibram X. Kendi
Stamped: Racism, Anti-Racism, and You by Jason Reynolds and Ibram X. Kendi
So You Want to Talk about Race by Ijeoma Olou