Behind the scenes in the Drama Club 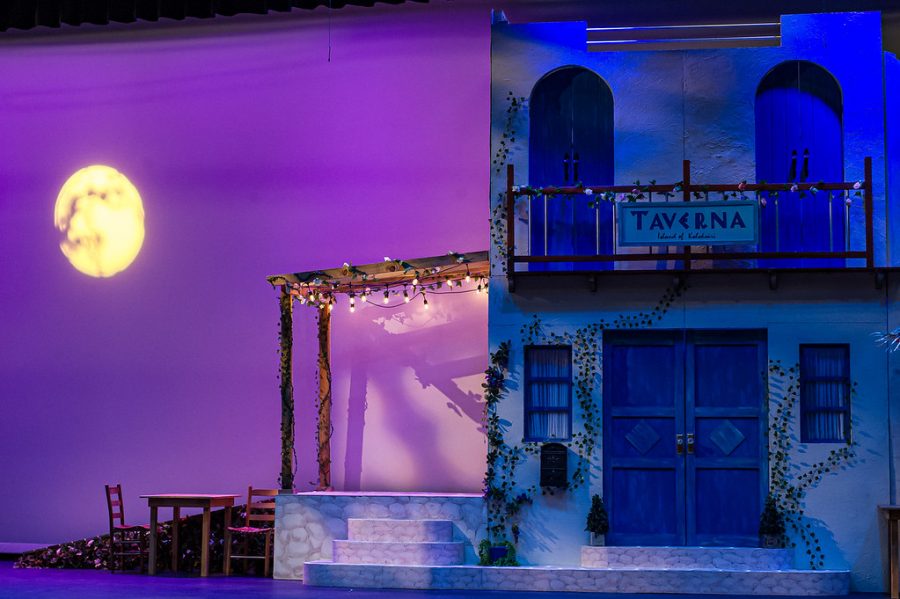 As part of the Drama Club’s Crew, Abington High School senior Victoria Donahue is responsible for props and scene changes. She worked on the set for the School’s 2020 spring musical ’’Mamma Mia!’’ which was cancelled due to the COVID-19 pandemic.

Abington High School has always put on a variety of plays and musicals that people have enjoyed. The audience sees the actors perform, but the people that help to make the show great are the ones behind the stage.

Victoria Donahue, a senior at the high school, has been Stage Manager for the Drama club for two years. She has been a member of Crew since her freshman year.

Donahue has participated in the Drama club since eighth grade. She joined crew at that time. “I thought it was cool, and I loved doing it, and I had a couple of friends doing it freshman year, so I did and I just kind of stuck with it,” she said.

During Donahue’s freshman year, she didn’t have a large part in the crew. “I helped paint the set, but I didn’t really do much. I was just kind of there,” Donahue said.

Her sophomore year she was a part of the lighting team for the musical “Oliver!” She worked primarily on spotlight. This was the show that christened the new Abington Middle-High School Auditorium. Donahue said the “experience was definitely a lot different than with ‘High School Musical,’” which was the last show at the old school, because of the bigger space.

It was not until Donahue’s junior year that she rose into the position of Stage Manager. “I basically just had to ask Mr. Shannon, because he was looking for someone after Ally Snow graduated in 2018,“ she said when asked how she got the position.

Being Stage Manager comes with much more responsibility than she previously had, though. Donahue said, “I have to, a couple of weeks before, show up for run-throughs to get a feel for the show, write down where people are moving, the scene changes, and assign crew members’ positions.” She also has to get the props together and know when the props have to be moved.

Her work continues right up through the performance. Donahue said, “Then the night of it [the performance], I stand backstage with a headset and master script and have to tell [the] crew when to move everything.”

When asked what drove her to continue doing it every year, Donahue said, “The experience was pretty good, I loved helping out and being a part of the crew and felt like I always did a good job.”

She also said that she had considered trying out for “Mamma Mia!” during this, her senior year, but never did because of her work schedule. She added that she enjoyed doing crew anyway.

After being involved for several years and having participated in many shows, Donahue said that her favorite show that they put on was “Grease” in 2019. She said, “There was a lot to do regarding the painting and building and just seeing the entire set come together. It was a lot of fun with the set changes and getting everything ready for the night of the show.”

As she now prepares to leave Abington High School for either University of Rhode Island or Bridgewater State University, Donahue said that Drama is something she would definitely like to continue to do in college. “If not freshman year, then I’ll do it sometime in my college career,” she stated.