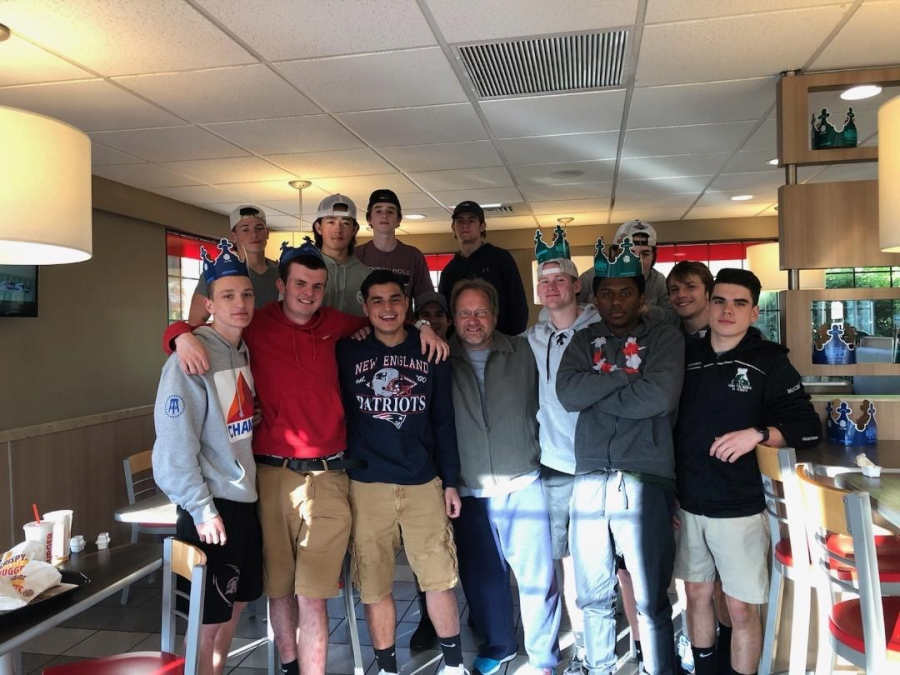 The qualified winter sports teams are coming to the start of playoff tournaments, which means it is almost time for the beginning of spring sports. Abington High School’s Boys Lacrosse team, who have struggled in past years, are looking forward to accomplish what hasn’t been accomplished since the 2017 spring season. To make it to the playoffs.

The team has had two straight losing-seasons going 8-10, just barely missing out on the playoffs in 2018, and last year walking away with only two wins against North Quincy and South Shore Vo-Tech. What has changed since then, you may ask? The off season.

This off season the boys team have been meeting for weekly workouts to ensure they are ready, beginning with the first practice. Coach Tom “Flanny” Flanagan proposed the idea to the senior captains Tom Furness, Gabe Spry and Joe McCarthy earlier this winter. It has been an ongoing event since for weeks.

Another change is that Coach Flanagan looked to add depth to the roster by recruiting three Abington football state champions and great athletes. “This is GOOOOOD,” said Flanagan, when asked how he felt about adding senior Jarib Cole, an All-State Football player, senior Se’amus Schmidt, who is a football All-Scholastic, and speed-demon senior Kosta Retzos.

These three players may be inexperienced in lacrosse, but coach Flanagan intends on using their size and athleticism to create a stellar defense.

“Well get them catching, and throwing, and stick them on defense, and hit anything that moves,” said coach Flanagan.

Tom Furness, a senior at Abington High School and one of four captains of the lacrosse team, said, “We want to be much better than we have been recently and we’re going to make that happen.” Furness is a two-sport student-athlete and will be a big factor for the Green Wave. He will be the starting “FoGo,” or face off and get out.

“He’s quick with it and he beats everyone up in practice, so he’s staying there,” Flanagan said with confidence about Furness.

In his career at FoGo, Furness has had a 70% faceoff win percentage in games and scrimmages. Furness also played running back for the state champion Green Wave football team, scoring a total of eight varsity touchdowns, which implies speed and athleticism. These traits can be dangerous on the lacrosse field.

“His acceleration is crazy, once he gets that ball he’s GONE,” said Coach Flanagan.

Furness hopes to make his last season as a Green Wave lacrosse player a memorable one. With three new teammates, a great coach, and a brand new practice routine, this season looks to be very promising for the team. With hard work and commitment from the players, playoffs seem a probable goal.