It has been quite an off season for Tom Brady 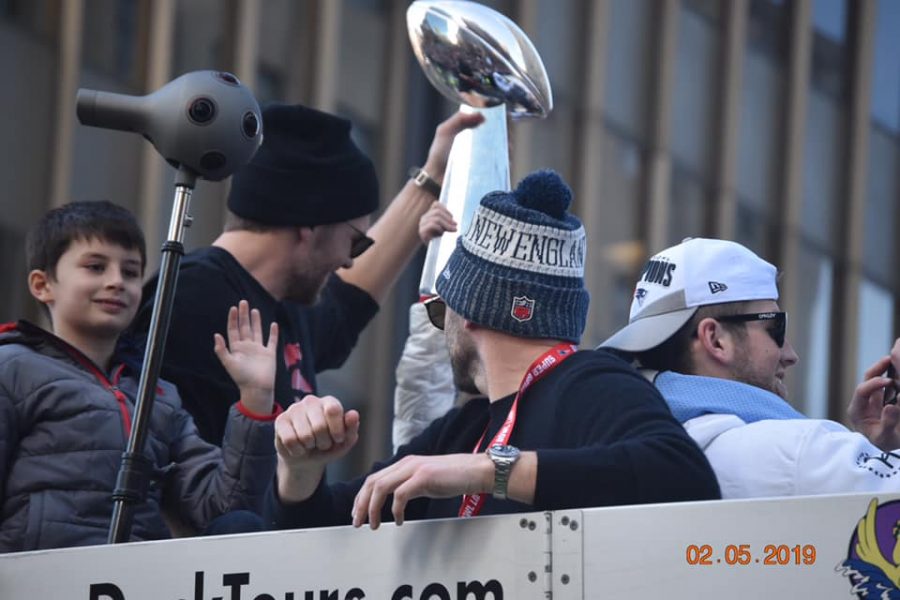 Benjamin Brady smiles and waves to the crowds in Boston while father and Patriots quarterback Tom Brady (with trophy) hoists one of NE's six championship trophies on Tuesday, February 5, 2019.

Tom Brady has been acting very strangely and it seems as if Brady might not stay with the Patriots. There is a lot of debate as to what team Brady will sign with this off season.

Brady has not been very telling with the public on what his plans are. Most “news” on the subject now is just debate and opinion.

Here is a good timeline on everything Brady has done and said so far.

On Jan. 4, the Patriots lost to the Titans in the wild card round of the playoffs, officially ending the Patriots season. This meant that Brady was now a free agent. He can chose the team he wants to play for starting on Mar. 18. It might be that for the first time in 12 years, Patriots fans will have to watch games without Brady starting.
The Las Vegas Raiders and the Los Angeles Chargers both showed interest in Brady early on. Both seem like viable targets Brady could go to. On the same day that the Patriots lost to the Titans, Jan. 4, the Raiders announced they would be willing to give Brady the $60 million he wants, but still no conformation on there.
There was also a lot of speculation on whether Brady would retire, but Brady cleared things up in a long Instagram post on Jan. 8. Brady stated, “In both life and football, failure is inevitable. You don’t always win. You can, however, learn from your failure, pick yourself up with great enthusiasm and place yourself in the arena again. And that’s right where you will find me because I know I still have more to prove.” This Instagram post put the retirement idea out the window. But it did not put him leaving the Pats out of the way. It still seems as if he will leave. So the question that remains is where Brady will go.
If Brady truly wanted to stay, he would have resigned at this point instead of playing this sort of game he has been playing.
On Tuesday, Feb. 4, the Patriots wide receiver Julian Edelman posted a picture of himself as the character in the infamous “Baby Come Back” scene from “Date Movie” where he tagged Brady in the post. This implies Edelman really wants Brady to come back.

But even with all these offers, jokes and social media posts, there are still no definite answers from Brady. And only Brady himself truly knows where he wants to go.