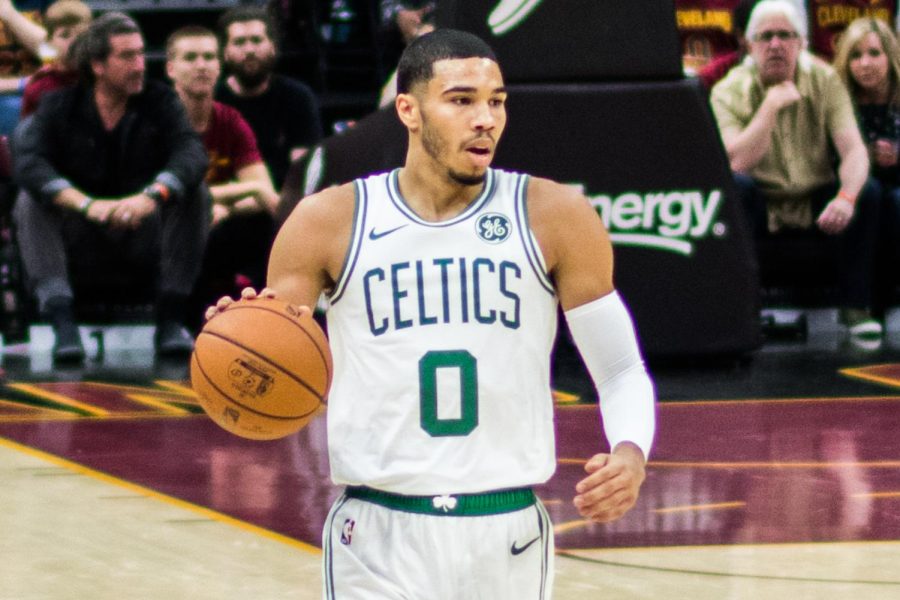 Jayson Tatum of the Boston Celtics in a game against the Cleveland Cavaliers in Cleveland on October 6, 2018

The Boston Celtics have had a great season so far. But as of today, they still sit in 3rd place in the Eastern Conference.

With a record of 37-15, the Celts are behind the Toronto Raptors, who are 40-14, and the Milwaukee Bucks, who are leading the Conference with a phenomenal record of 46-7. This is the best record in the league.

As for the team trailing behind the Celtics, the Miami Heat, they are 35-18. The rest of the Conference is far behind.

Although the Celtics are only two games behind the Raptors, they just cannot seem to catch up to the Raptors who just keep winning.

The Celtics are in position to definitely make the playoffs, but they would be much better set up for a playoff run in the No. 2 Seed compared to the No. 3 Seed. As long as the Celts keep winning and Toronto loses a few games, this will happen.

Unfortunately, the Celtics have no chance at the No. 1 Seed, as Giannis Antetokounmpo, AKA “The Greek Freak,” has led the Bucks so far ahead of the rest of the league.

Celtics players Kemba Walker and Jayson Tatum are both All Stars this season. Both of them have been team leaders. Walker’s stats this season are 22 PPG, 4 RPG, and 5 APG. Tatum’s stats are 22.2 PPG, 6.9 RPG, and 2.9 APG. Hopefully they can lead the Celtics to a championship this season. They definitely have the talent and potential to do so.

Tonight the Celtics play the Houston Rockets led by James Harden, AKA “The Beard,” and Russell Westbrook, AKA “Uncle Russ.” The game is in Houston, at 9:30 EST.