A Win for Awareness 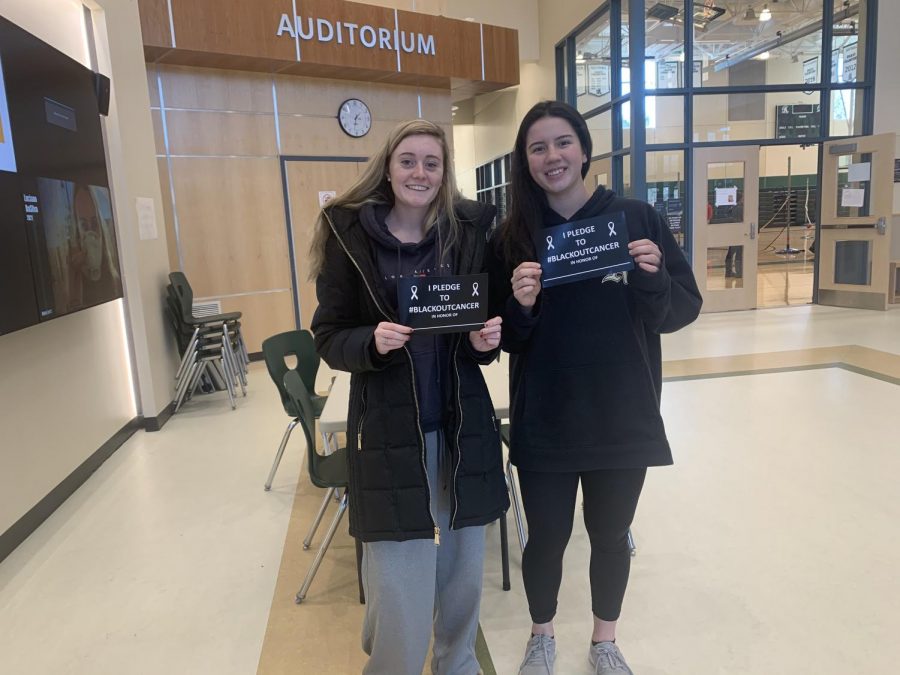 Abington High School seniors Keriann Danahy and Lauren Kelliher promote the Blackout Cancer pledge cards while standing outside of the high schools gym. Both Danahy and Keleher are members of the Student Athletic Advisory Council (SAAC) and helped to organize this event.

Junior Isabella O’Connell, who is a member of SAAC, said “I think that this year was very successful.” Part of the success of the fundraiser included selling Blackout Cancer t-shirts, bracelets, and pledge cards to a wider audience than usual.

O’Connell said, “We had been advertising the event a lot, and were selling shirts at Beaver Brook and Frolio [Abington Middle School] this past weekend.” She added, “I feel that really helped open up and expand our audience.”

O’Connell went on to talk about how the advertising “translated into having a lot of people from the town show their support at the basketball games on Tuesday and the hockey game on Wednesday.” She was happy with the support shown at the games.

In addition to wearing black to the games this week, high school students, faculty, and staff wore Blackout Cancer apparel on Friday, Jan. 17 and showed overwhelming support for the cause.

“It was nice to see the amount of people that came to show their support of the Blackout Cancer week because that’s what the goal is, to bring the community together to raise money for a good cause,” O’Connell said.