BRAZIL: The Country of Futebol 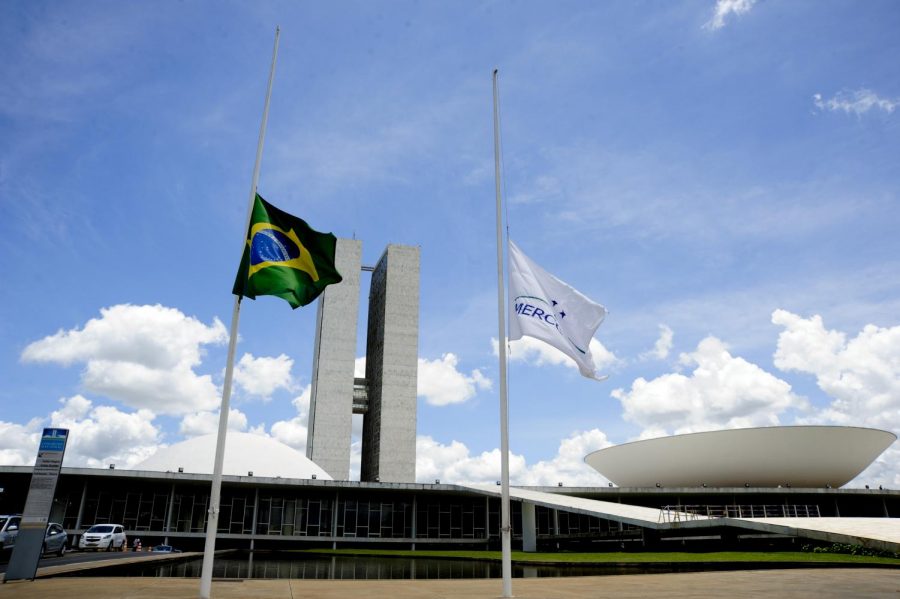 Half-mast flags of Brazil and Mercosur at the Palácio Nereu Ramos, Brasilia, after the crash of LaMia Airlines Flight 2933. November 29, 2016

Brazilian futebol is very different from futebol [soccer] in the US, because Brazilians are very passionate about their teams.  So much so, that sometimes the bond between Brazilians and their futebol team is even truer than a relationship between a man and women.

On the field in Brazil there is the traditional 11 players on each team. But, in the stands there is a 12th player.  In Brazil we like to call them “the soul of the team.”  But the difference between being one of the 11, and being the 12th player, is that the 12th player always wants to be there watching and vibrating with passion for futebol.

Players are fired and hired by other clubs, but the only one who never leaves is the fan.  And Brazilians are very good at being a fan.

If we lose a game, the day is over. You don’t talk to your wife. And to avoid talking with people and being mocked, you make up excuses. Because a defeat hurts.  Especially for Brazilian fans who take futebol very seriously.

Futebol for many people is a way of trying to lift the family out of poverty. It is sometimes very successful and other times  not. The lack of opportunity for the young Brazilian makes futebol one of the first solutions. Anywhere in Brazil right now there will be tryouts with at least 200 kids in search of their dream to be a futebol player.

Brazilian futebol is more focused on tactics, played with individual intelligence and skills that can decide the game. When I watch a game, I always try to read both teams, know the weaknesses and the best of each team. If we are to compare Brazilian futebol with United States soccer, it is easy to see that in the United States, the game is more physical and much less tactical.

The United States still has to evolve a lot in tactical relations. But the process they have been having is very interesting and especially the financial power they have. Brazil does not have the same financial power. Many small clubs in Brazil have huge difficulties to pay for food or even transportation for games.

In only three years, there have been numerous accidents involving futebol teams in Brazil. One of two tragedies I followed very closely was the plane crash in 2016 involving the team of Chapecoense. A small team with a not very good financial situation. However, they reached the finals in the South American (would be the Europa League). With that team they played with soul, race, and love. They won the hearts of Brazilians and even people outside Brazil.

I was at school the moment I received a notification about this tragedy. I started to cry because I was really watching Chapecoense games and I really liked the atmosphere that was created by the fans with that team.

Another tragedy was involving 10 children who were in Flamengo’s accommodation (team that I’m in love with since I was born). Due to a malfunction in one of the air conditioners in the accommodation where the 10 boys lived, a fire started and tragically the 10 boys ended up losing their lives. With them were several dreams, but the main one they all had was to be a futebol player.

In this tragic moment, just like with Chapecoense, the union between the Brazilian clubs in such a difficult time will never be forgotten. “Futebol is the sport of the heart of Brazilians,” said the Brazilian journalist Galvao Bueno.