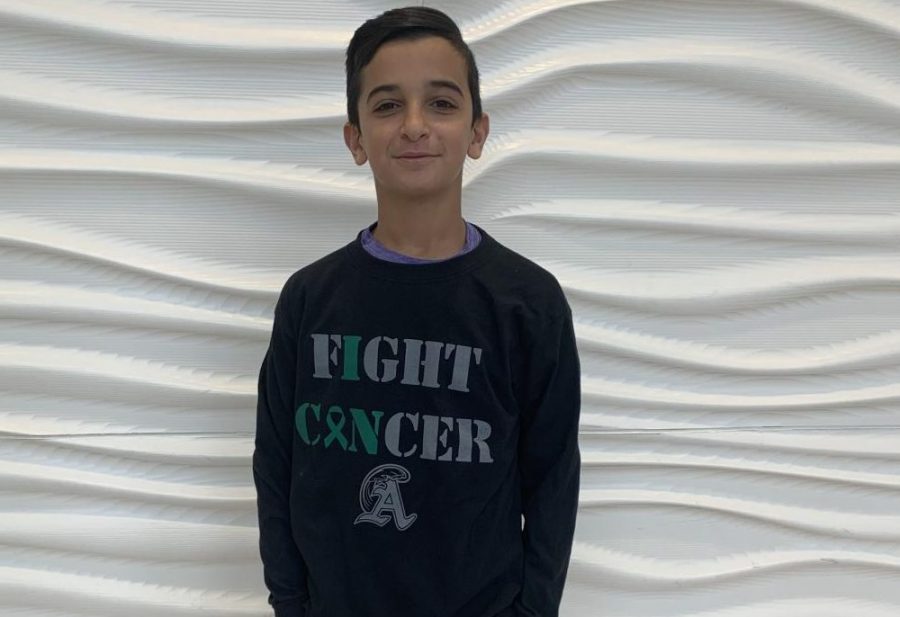 Freshman Joseph Hajjar of Abington High School wears a Blackout Cancer long sleeve T-shirt on Monday, January 13, 2020. T-shirts are being sold by SAAC and all proceeds will go to cancer research and helping those affected by the disease.

Beginning on Monday, Jan. 13, 2020, Abington students and athletes kicked off a week of awareness about various forms of cancer research. It is called Black Out Cancer week. It will end on Friday, Jan. 17 when everyone is asked to wear black to honor people who have died from or are affected by cancer.

The SAAC (Student Athlete Advisory Committee) is sponsoring the Blackout week. At both the girls and boys basketball game on Tuesday, they sold raffle tickets for a chance to win multiple gifts, such as a good basket called “Taste of Abington” which had over $150 in gift cards to local establishments, a scratch ticket board with $100 and a Green Wave gear basket.

Blackout Cancer week began on Monday, Jan. 13, when the Boys’ and Girls’ Winter Track teams traveled to Reggie Lewis Center in Roxbury wearing black T-shirts for their warm-up. Both teams came up with a win against the Norwell Clippers.

The following day, on Tuesday, Jan. 14, Abington’s Boys’ and Girls’ Basketball team played in black jerseys to pay respects to those who have been affected by cancer. Both teams played Rockland. Despite the loss, there were a lot of people at the game to support Blackout Cancer Week and the team. The fans were told to wear black and a lot did.

The Boys’ Hockey team played on Wednesday, Jan. 15 against the East Bridgewater Vikings at the Rockland Ice Rink. The final score of that game was Abington over East Bridgewater with the 4-3 comeback win in the third quarter. Contributing to the win was senior Joe McCarthy with one goal and one assist, junior John Polito with 2 goals, and sophomore Micheal Pineau with the game winning goal. 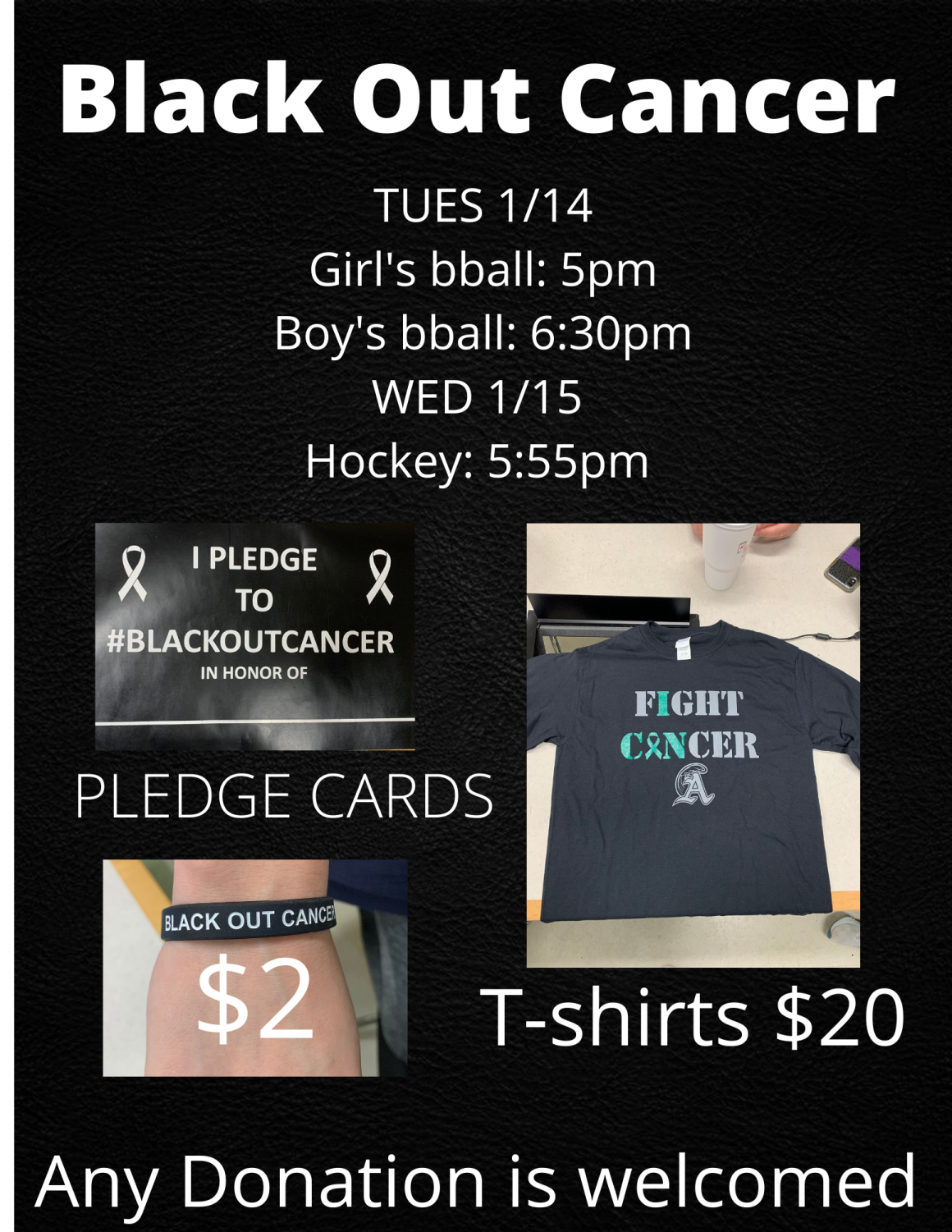 On Friday, Abington Boys’ Basketball team will be playing East Bridgewater at home at 6:30 p.m. It is still technically Blackout Week, so come supporting the cause.

For those wishing to support this cause, SAAC is still selling T-shirts ($20), bracelets ($2), and pledge cards for no specific amount. All proceeds will be donated to cancer research and those affected by cancer. For questions see seniors Lauren Keleher, Keriann Danahy, or the O’Connell twins Isabelle and Gracie. Be sure to follow Abington Athletics on Twitter @AbingtonAD.