Calculating and solving problems is all for sport 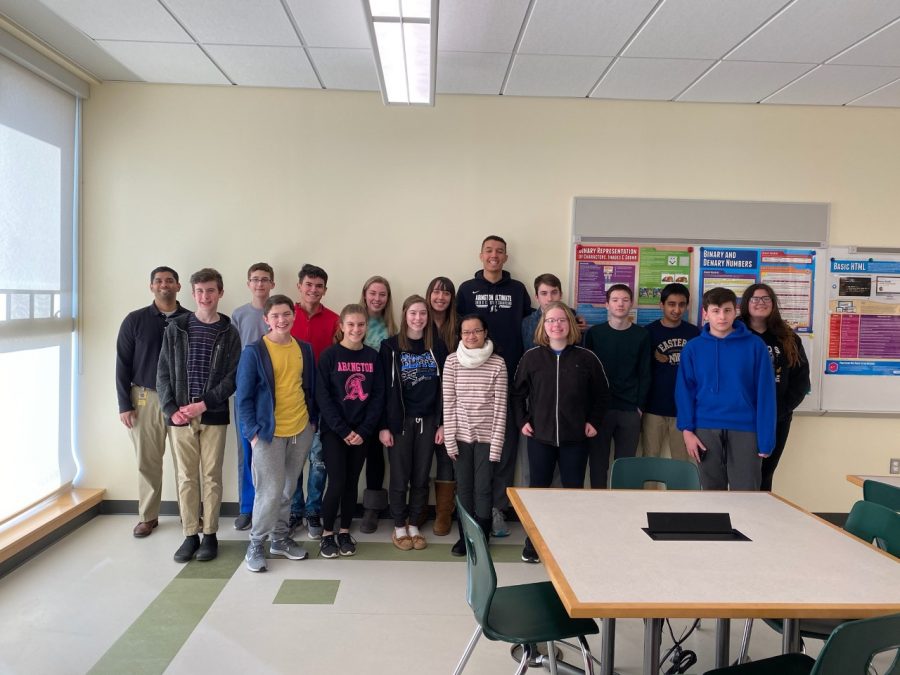 Abington High School’s math team is composed of a group of students who enjoy math. This year approximately 25 students are enrolled on the team. Students from all grades are on Math Team.

In order to be an active member on the math team, Abington students are required to participate in at least one meet. The meets take place monthly. Students from other districts in the South Shore area meet in a different high school every month. Each math team hosts a meet by welcoming other students. It is usually held in a cafeteria where the host school provides pizza.

After the free pizza is served, all the varsity members are called to a certain classroom to participate in their rounds. The varsity teams consist of five students, each with a minimum of two freshmen or sophomores. There are three rounds for the varsity members.  Each round focuses on a distinct mathematical topic. For instance, round one could be algebra I and round two could be geometry, etc.

Besides varsity, there is an alternate team. Those who do not want to participate on one of the varsity teams can act as alternates. However, only varsity members’ scores go towards a team’s total.

At the end of the varsity rounds, the members are escorted down to the cafeteria. The varsity members and the alternate members team up for a team round. After all of the math team competition ends, the final scores are collected by local high school math team adviser. Once this is accomplished, the scores are announced.

Abington’s performance has been at a slightly better level than in past years. And this year, Abington moved into a harder league which includes Thayer Academy and Braintree.

Their first meet of this year was at Randolph High School on Nov. 7 and the team placed fifth. More recently, in January, they met at Thayer Academy in Braintree, which Abington lost.

The new math team leader for 2019-2020 at Abington High is Mr. Jayakumar. He is a math and computer science teacher. Prior to this year, Mr. Holzman was the adviser of the Math Team.

Mr. Jayakumar recently sat down for an interview about the Math Team.

What inspired you to be the math team adviser?

What do you hope to achieve as leader of the Math Team?

“I hope that students become more engaged with math and see that math can be something that is fun to do.”

Why do you think that there was a large turnout this year?

“I have no idea, but it is great to see the interest.”

The next (and final) meet is at Archbishop Williams High School in Braintree on February 6, but if interested in joining the team, be sure to sign up next year.