A Great Debate in Football

Brady or Manning: Who Do You Think Is Better? 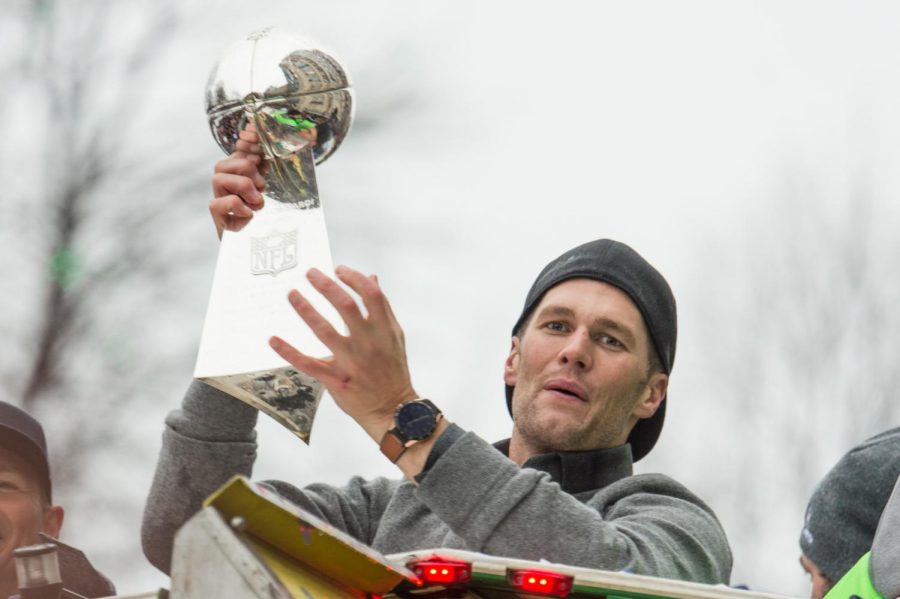 Patriots quarterback Tom Brady lifts the trophy as he rides one of the duck boats during the Super Bowl LI victory parade in Boston on Tuesday, February 7, 2017

In sports there are often debates about who the greatest player ever was and why. On ESPN Sports Radio, it is a common discussion. Although there usually is some factual evidence to help decide who is better, it can never really be proven completely. But, the attached infographic compares the two football quarterbacks, Tom Brady and Peyton Manning, including how their training, diet, and family life differs, in order for you to decide which is the GOAT.

Most high school students in New England grew up right in the middle of the Patriots Dynasty. Many instantly became Tom Brady fans for life. However, former Colts and retired Broncos quarterback Peyton Manning deserves respect. He had a will to stay healthy and a drive to put himself in the absolute best position he can to help his football team win games.

These two future Hall of Fame quarterbacks are great at what they do. Everyone can take away a lesson from them. They show that with hard work and pushing your body, you can exceed and become more than you ever thought.