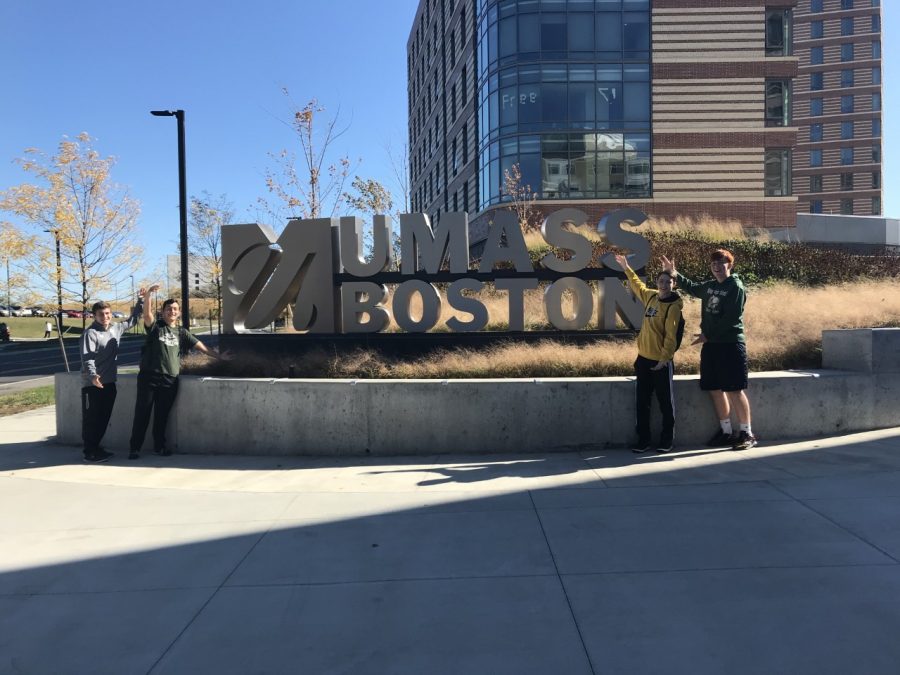 Just about an hour from Abington, UMASS, Boston is located right next to the water and the John F. Kennedy Library. UMASS is just outside of Downtown. Its location near the JFK/UMASS Red Line T stop makes it easy for students to commute to campus, and from the campus to get into Boston, Cambridge, or other points.

I decided to take a tour on October 24 with three other Abington seniors, Andrew Roy, Reid Norton and Declan Hamill.

The campus was about an average size; but the view was above average. The campus had a nice new look to it and I was able to go to the top of one of the parking garages. From there I was able to see the whole campus on one side and Boston on the other.

Everything felt new. Many buildings were newly renovated, and they were in the process of adding more new construction.

I walked around campus with a recent Abington graduate Jason Kinniburgh ’19. He is a current student studying nursing. He is a part of the Honors College at UMASS, which is known for their nursing and business programs.

Kinniburgh is happy with his classes at UMASS. He said, “Classes are great and very interesting. They cover a wide variety of different forms. There are large lecture sections that are made up of about 250-300 people which cover usually general education sciences.”

As for seminar classes, Kinniburgh said that they “are a bit larger than others, maybe about 50-75 if I had to ball park.”

Personally, I thought UMASS, Boston was a great school. I loved the feeling of the school and everyone there was nice throughout my tour. I also like how they offer a free bus to the train station to take a ride into Boston. Before touring I planned on applying to UMASS Boston. But after touring I would have to say that UMASS, Boston is now one of my top schools. I am excited to hear back from them and hope to be accepted.