Senior Spotlight on Athlete Will Klein 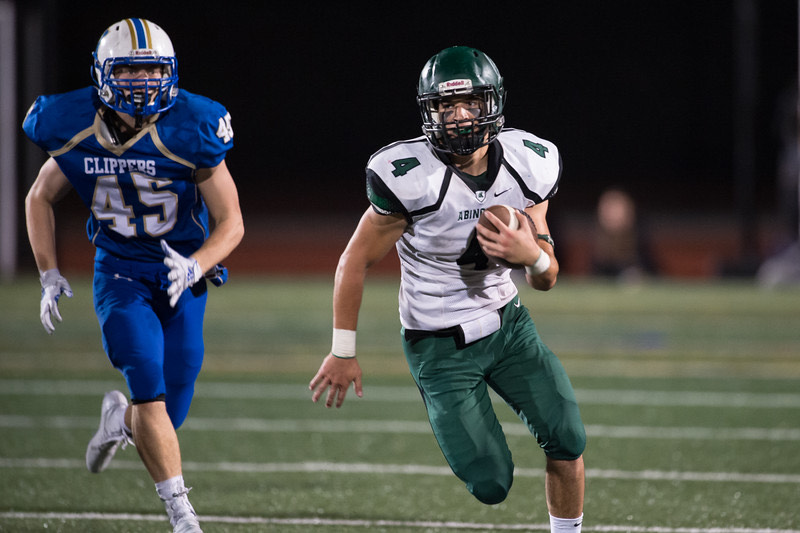 In the past two years, Abington High School senior Will Klein has been through a lot of great moments in his sports career. From the game-winning three-point shot taken during the South State Semi Finals last March at the TD Garden, to being a playmaker at Abington’s Memorial Field, Klein excels in more than one sport.

Klein is one of the four captains, along with Colby Augusta, Sean Landers, and Gabe Spry, all seniors of the football team. Klein loves the game of football. Klein said, “I love being on the field with my boys on Friday nights, under the lights, with the town of Abington on my back routing for me and my team. Friday night is the time of the week that I get most excited for. It comes with my team getting ready to battle and play for a win.”

So far, Klein and his team have built a four-game winning streak with recent wins over Medford, Carver, Mashpee, and Norwell. Klein and his team plan to continue their hot-streak and go for the gold, which is the State Championship.

Besides football, Klein also plays basketball for Abington. He will return to the court this winter to play for the Abington Green Wave Basketball team under the direction of Coach Pete Serino.  With a lot of returning players from last year’s team, such as Augusta, senior Cam Curney, and junior Matty Maguire, they seek redemption to get back on top again this year, hoping to take it all. Klein said, “I would love to go back to TD Garden to play for Eastern Mass Championship.”

These returning players, alongside with the all-time leading scorer of boy basketball Bryson Andrews, who is attending Bridgton Academy in Maine this fall, had a record breaking season last year.

Klein works hard on and off the field to become a better athlete than he already is. “I hope my football team doesn’t lose in the playoffs and we make it to Gillette Stadium to play for the Super Bowl.”

Klein loves going to school to see all of his teachers and friends. His goal for his senior year is “Ultimately winning a Championship and earning a scholarship to a school.”

Klein’s favorite teacher is Mr. Stephen Moore because Klein enjoyed Moore’s law class in his junior year. He likes how Mr. Moore teaches, and said that Moore “imprinted information in my head all year.” Klein hopes to study criminology in college because of learning about law in Mr. Moore’s Law Class. He also wants to continue his career as an athlete.

Now into the first quarter of his final year at AHS, Will Klein said he has enjoyed his years at Abington High School and loves the town because of the spirit and everlasting pride in the schools and sports. “I love to play with my teammates along with seeing family, friends and the entire Abington community come together to watch us. It’s so special and I’ve never taken it for granted.”

Abington’s next football game is home versus Cohasett on Friday, October 25. They will play for the League Championship. The Green Wave Basketball Team will play Cohasett in their third game, which will be at home on Monday, December 23 at 6:30 PM. Come see Klein in action!