From AHS to the NBC Emmys 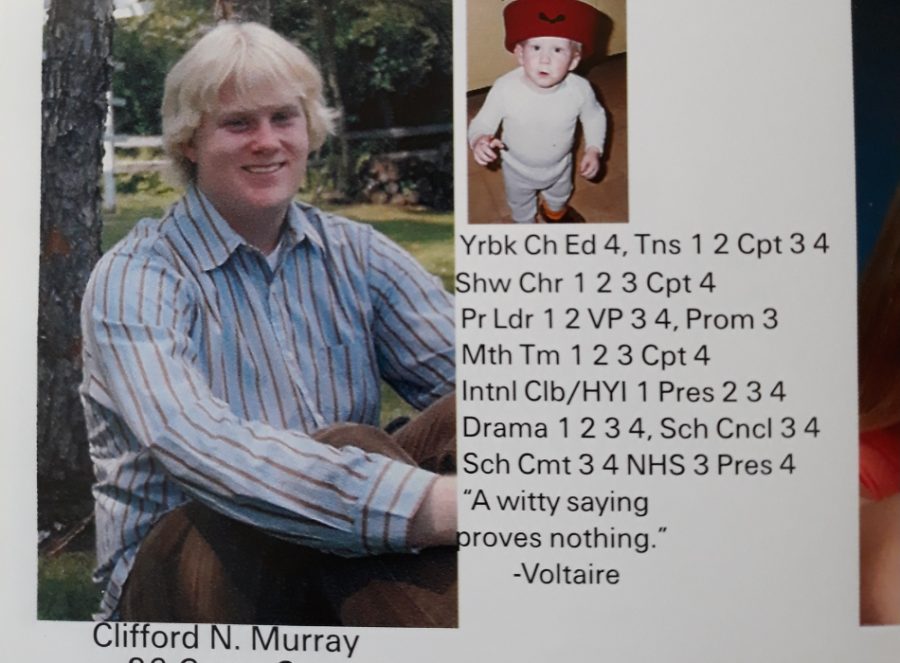 A photo of Clifford "Cliff" N. Murray from the 2008 Abington High School yearbook. Cliff went on to Harvard and currently works in Hollywood.

We all have dreams of making it big. Becoming a sports, movie or global star is the stuff of our bedtime adventures. But realistic? Definitely!

Abington High School 2006 graduate Clifford “Cliff” Murray (’06) is proof. He is currently a manager of Hollywood actors. On Sept. 17, during the Emmy acceptance speech of Henry Winkler for his contributions to the show “Barry,” Winkler thanked “Cliff and Aaron and Chris who represent me.”  The “Cliff” he thanked is Abington alumnus Cliff Murray.

During his time at Abington High School, Murray left a positive impact with many teachers, one of whom is current Principal Dr. Teresa Sullivan. Dr. Sullivan, a former history teacher and department head at AHS, remembers Murray as “a student who would always ask the next question, make you think a little deeper, really want to know why.” Dr. Sullivan continued to speak highly of Murray’s involvement with his graduating class, “though he wasn’t a class officer, you thought he was,” she recalls.

Murray’s bond with Abington High School faculty was further solidified by his close work within the main office,  most notably the morning announcements.  Dr. Sullivan said he did them each day for a year.

While attending Harvard, Murray kept ties with many of the school staff. Dr. Sullivan remembered the time, “[Murray] invited a group of AHS faculty to come to Harvard. He took us to dinner. Then, because he was the president of the Hasty Pudding Club (a student organized theater organization), he took us to watch the show. And the honoree that year was Anne Hathaway. That connection he made with Anne Hathaway got him to where he is now.”

Murray said that he “always had an interest in the arts and had participated in drama in high school.” This led to his being a member, then president, of the Hasty Pudding Theatricals, which Murray described as a “semiprofessional theater organization that involves original script writing, and music, and dance, and acting, and comedy.”

Murray said that “drama had always been something I enjoyed” but that he “never thought of taking it seriously as a career.” However, he stated that “when the opportunity presented itself for me to move to Los Angeles and work at a company that was adjacent to a facilitator of television, and film, and the arts, it excited me, in part because it allowed me proximity to what I had always loved.”

Murray added that his mentor Suzan Bymel, an experienced manager and producer, also drastically aided in his success.  She provided him with, what Murray referred to as a “20,000 foot view of how to grow my career.”

The night of the Emmys was amazing for Murray. He said Henry Winkler was his first client ever nominated for a big award. Murray described Winkler as “such a nice person, a generous person. You know, I was so full of hope that he would win, he was so deserving. And of course when he did win, it was a very emotional experience.  As a manager of actors, I’m not looking to ever get nominated for an Emmy in acting myself, but you definitely have a kind of feeling of ownership in the win, you share in the victory.”

Murray’s journey to the West Coast might have begun in high school with his fascination of language. He took a Mandarin class his junior year, which eventually translated to what his major would be in college: East Asian Studies.

Murray thought the best use of this education would lie in marketing, thinking up until his first summer out of college he would move to Shanghai and work in brand management, not to California. Murray finds a few parallels with his initial view of his future, compared to his current career saying, “Now I am a manager of people, people as brands,” rather than more traditional brands like, ” Coca-Cola or Nike. So there is a big similarity.”

Murray said that he is happy with his career choice because “there’s also a big human component, which is nice. You’re not just dealing with inanimate objects, you’re dealing with humans and emotions and being more than just a creative brain and strategist. You also have to consider humanity.”

A fantastic example of Greatness, and how it is dependent on how much effort people are willing to put in, Cliff Murray took time to expand his language knowledge and invested time in the dramatic arts, an area he was very passionate about.  The areas of interest Murray enjoyed he took the time to improve and to hone, so much so, in fact, that he made a career from it.