A Musical with Heart 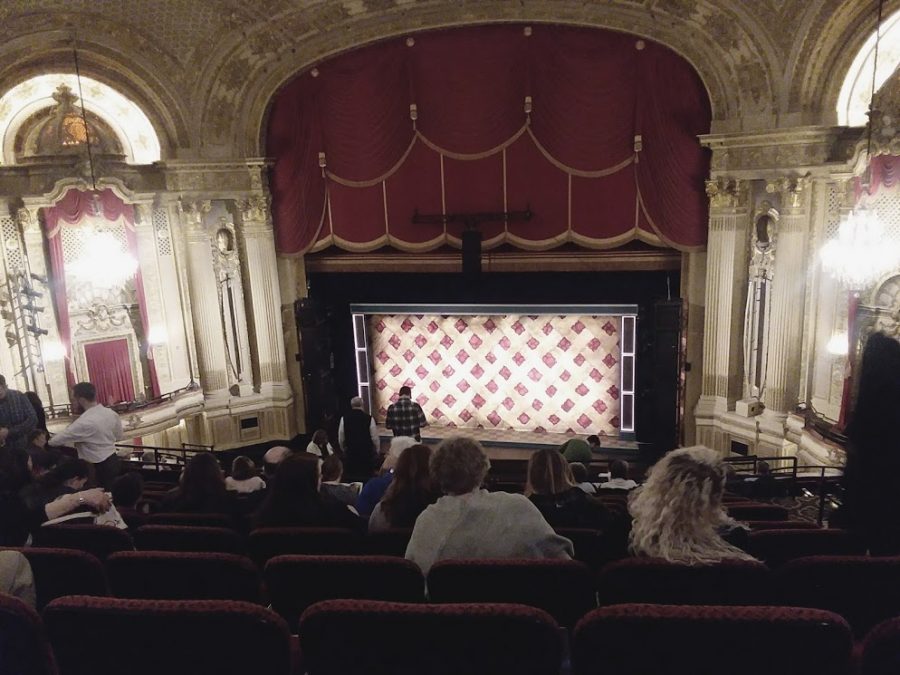 Entering the classic, detailed, grand architecture at the Boston Opera House never fails to amaze. With its gold accents to the walls and chandeliers lighting the lobby, the theater makes the audience members feel more like they’re in a castle.

The hit Broadway show “Waitress” just finished its run there. The book for the show is written by Jessie Nelson and the score is written by Sara Bareilles. It is based on the movie that was released on May 2, 2007, originally starring Keri Russell as Jenna and Nathan Fillion as Dr. Jim Pomatter.

In this touring cast, Jenna is being played by Desi Oakley. Some of Oakley’s past roles were in shows such as “Wicked,” “Annie,” and “Evita.”

The show centers around a waitress named Jenna who works at a local diner baking pies. She is unhappy in her marriage with her abusive and unemployed husband Earl (Nick Bailey). She is upset to find out she is pregnant. And she worries for the future of her baby. During this time, Jenna finds herself falling in love with her new doctor (Bryan Fenkhart).

Aside from a good plot, the set works well. This show smoothly transitions with each scene change. Even the six-piece pit orchestra, sitting upon a platform, rolls on and off the stage.

This show also uses a great amount of props, which are integrated into the choreography by Lorin Latarro that transforms this story from a play to a piece of art. For example, during Jenna’s soliloquies, ensemble members hand Jenna her props and take them away, keeping the flow of the scene.

The vocals in this show are incredible. The individual actors, especially Jenna, Becky, and Don, have beautiful voices by themselves. And when they come together and harmonize in songs such as “Opening Up,” “A Soft Place to Land,” and “Everything Changes,” it gives the audience chills. When the whole ensemble comes in with their full volume and intricate harmonies, it blows the audience away.

While the main characters do an amazing job, there are many other characters that do an astounding job in their roles. One of the characters that stands out is Ogie (Jeremy Morse). He doesn’t hold back one ounce of his bold quirkiness,. He has the audience roaring with laughter during his songs “Never Ever Gettin’ Rid Of Me,” and “I Love You Like A Table.”

Another character that stands out is Jenna’s friend and coworker at the diner, Becky (Charity Angel Dawson). Becky interjects her funny and sassy remarks every now and then, and her comebacks to her and Jenna’s ill-tempered boss Cal (Ryan G. Dunkin) are hysterical.

A smaller character that doesn’t have as much stage time, but has a major impact on the show, is Joe (Larry Marshall). He is the owner of the diner were Jenna and Becky work. He comes on only a few times, but he is a major source of comic relief in this show, with his funny interactions with the other characters. He also cares very deeply for Jenna in this difficult time in her life and offers her his greatest advice during his song “Take It From An Old Man.”

The soundtrack for “Waitress” by itself is incredible. When added with the visuals and choreography, it truly transforms. The music takes this already beautiful story to a whole new level.